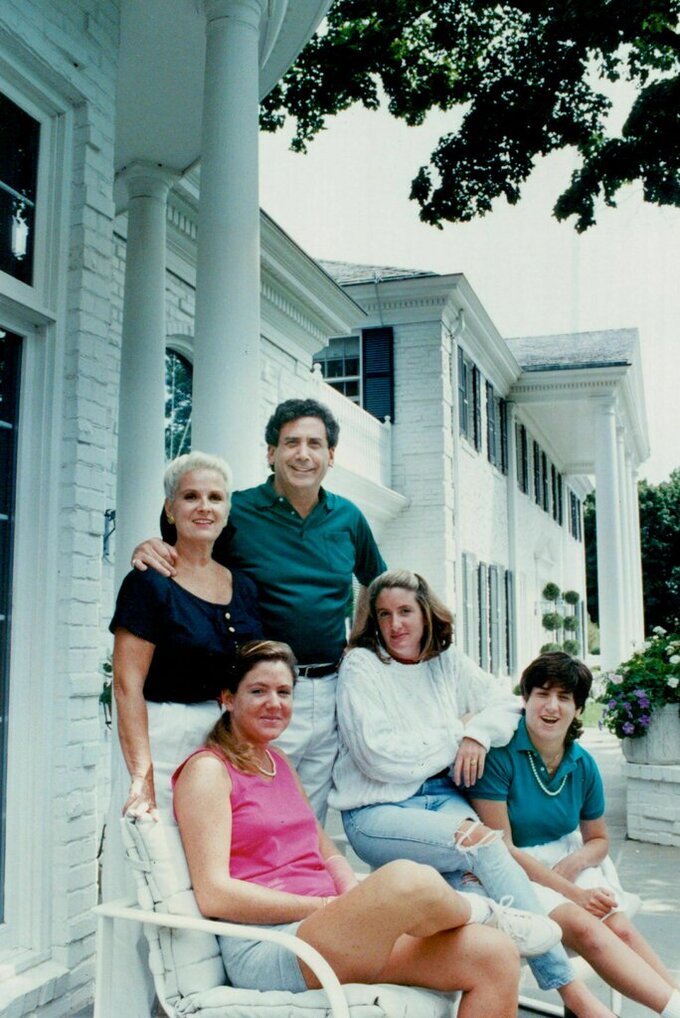 This Sept. 17, 1989 photo shows Irwin L. Jacobs with his wife, Alexandra, and three of their daughters in front of their Lake Minnetonka, Minn., mansion. Authorities are investigating the deaths of two people found Wednesday, April 10, 2019, at the house of Jacobs, a prominent Minnesota businessman who once owned a minority share in the Minnesota Vikings NFL team. (Star Tribune via AP)

ORONO, Minn. (AP) — Authorities are investigating the deaths of two people found at the Lake Minnetonka mansion of Irwin Jacobs, a prominent Minnesota businessman who once owned a minority share in the Minnesota Vikings NFL team.

Orono, Minnesota, police say the bodies of a man and woman were discovered in a bed along with a gun after authorities received a call at 8:31 a.m. Wednesday. Police have not released their names, but said no suspects are being sought.

Dennis Mathisen, a longtime friend of the family, told the Star Tribune that Alexandra Jacobs, who had been Irwin's wife for 57 years and mother to their five children, "had been in a wheelchair for the last year or so and had signs of dementia. Irwin was just distraught over her condition."

He said he spoke with Irwin Jacobs about three days ago, and "he was upbeat. I talked with his son Mark yesterday, and he talked to both of them. He said Irwin seemed up."

The Hennepin County Crime Lab was called to the scene, as was a hearse.

Irwin Jacobs, 77, had a stake in the Vikings in the 1980s before selling his share. He gained notoriety nationally in the 1980s as a corporate raider who bought out underperforming companies at a profit. He was known to some as "Irv the Liquidator."

One of his most notable local transactions was his purchase of the Grain Belt beer company and brewery in the mid-1970s. He later sold the beer brand to G. Heileman Brewing Company and the brewery and real estate assets to the city of Minneapolis.

He has owned J.R. Watkins Co., which makes soaps and other household products, for more than 40 years. He also owns Jacobs Trading Co., a retailer specializing in liquidation of merchandise.