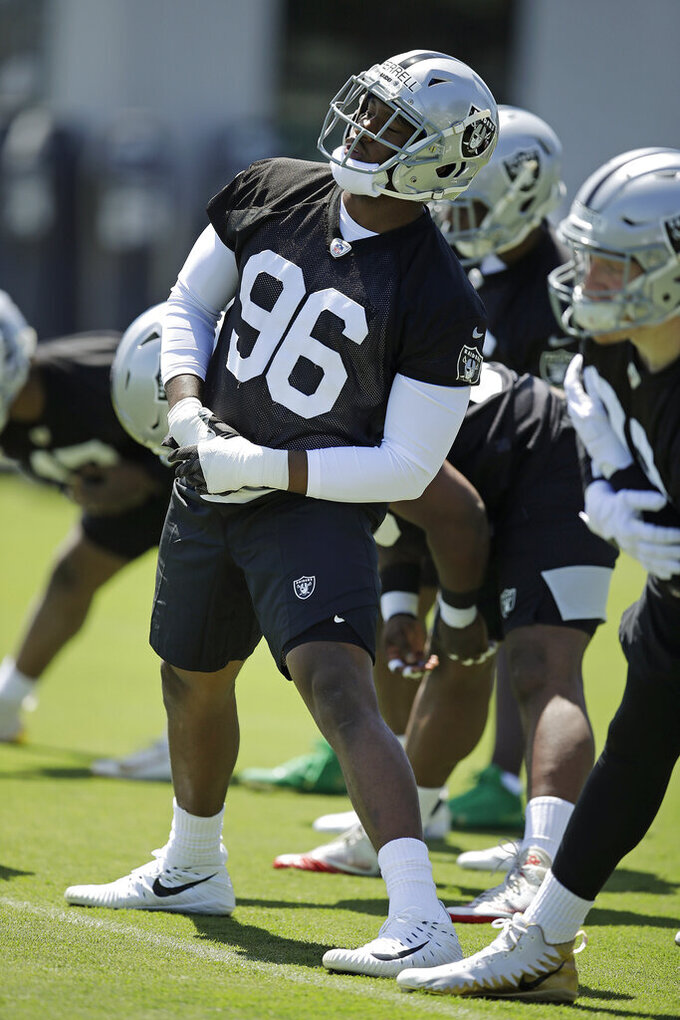 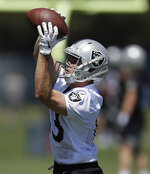 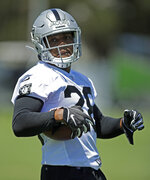 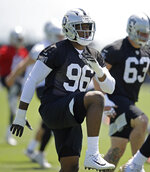 ALAMEDA, Calif. (AP) — Coach Jon Gruden has already altered one aspect of rookie minicamp for the Oakland Raiders based on what the team did in the draft.

Gruden said the coaching staff will don Clemson shirts on the final day of the weekend minicamp in homage to the three draft picks from the national-champion Tigers.

"I guess that's kind of the joke around here," first-round defensive end Clelin Ferrell said Friday, the first day of rookie minicamp. "We just added a bunch of Clemson guys and (defensive line) Coach (Brentson) Buckner was a Clemson guy. I mean, I wouldn't doubt it. I wouldn't be mad if I see some more around here, that's for sure."

Oakland has plenty right now after taking Ferrell fourth overall, cornerback Trayvon Mullen in the second round and receiver Hunter Renfrow in the fifth round.

Gruden was so impressed by what he saw on tape scouting those three that he wouldn't mind adding some of their teammates in the next couple of drafts.

"I got this to say about Clemson; you got to watch all their tape because they are the best team in college football and they got a lot of good players at every position," Gruden said. "Some of the underclassmen will keep us wearing that orange color next year, I hope, because they are loaded."

The Tigers trio weren't the only players with winning pedigrees that the Raiders added in the draft. They also took Alabama running back Josh Jacobs 24th overall, giving them four players from last season's national championship game.

Gruden said adding players with championship pedigrees was important as the Raiders try to rebuild after posting just one winning record in the past 16 seasons.

The rookies hope to contribute to building a winning culture in Oakland.

"It's a lot more fun to win than lose," Renfrow said. "We won a lot of games at Clemson. It's not just one person, it takes a whole team buy in. That's why I'm excited. I haven't met a lot of the team yet, but I'm excited to kind of get in and interact with them. It was such a good thing to bring in a guy like Clelin so early because he's one of those guys that just brings people along. He'll say, 'All right, follow me. We're going to go and we're going to go do what it takes to win.' Same with Trayvon as well and Josh Jacobs at Alabama. They know what it takes to win and it's been fun to be around them."

In other news, Gruden said the team has decided not to exercise the fifth-year option on 2016 first-round safety Karl Joseph, making him eligible to be an unrestricted free agent next offseason. The Raiders drafted Joseph's potential replacement, Jonathan Abram, in the first round but Gruden said the team still likes Joseph and could still bring him back next season.

Gruden also provided some clarity on the offensive line, saying second-year player Kolton Miller will remain at left tackle to start the offseason program with high-priced free-agent Trent Brown starting off on the right side. Miller allowed a league-high 16 sacks and a league-worst 65 pressures last season, according to Pro Football Focus, but will get another shot at protecting Derek Carr's blind side.

"We like that as a launching pad for us," Gruden said. "Trent played very well at right tackle for San Francisco, played left tackle very well for New England and gives us some versatility. That's how we are going to start the show."

Guard Gabe Jackson will remain on the right side as the team searches for a replacement for Kelechi Osemele at left guard with Denzelle Good likely to get the first shot.

"The door is wide open at left guard," Gruden said. "We are going to continue to look at players that can come in and compete at that position."

The Raiders also placed running back Isaiah Crowell on injured reserve after he tore his Achilles earlier this week. That led to the move to bring back Doug Martin for depth in a position group that includes first-rounder Josh Jacobs and third-down back Jalen Richard.