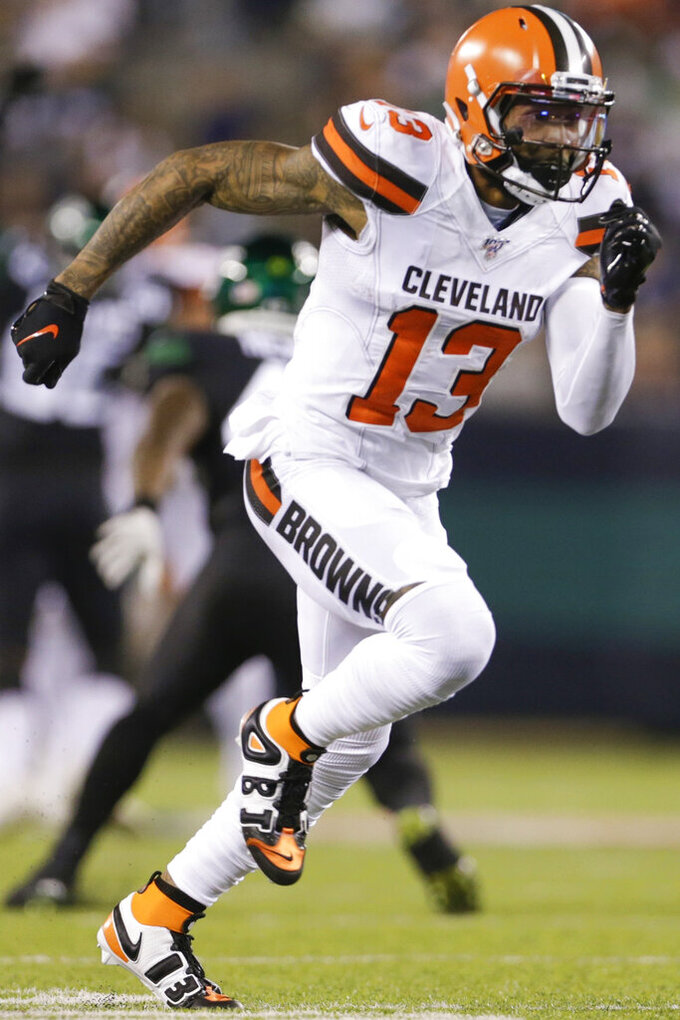 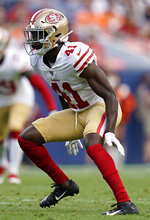 SANTA CLARA, Calif. (AP) — Just when the San Francisco 49ers lose a starting cornerback, they have to face Odell Beckham Jr. and the Cleveland Browns.

Starting cornerback Ahkello Witherspoon sprained his foot in the 49ers' 24-20 win over the Pittsburgh Steelers and will miss at least another two weeks. His replacement, Emmanuel Moseley, is an undrafted free agent in 2018. Now, Moseley will make his starting debut against an elite wide receiver on Monday night.

Moseley isn't totally green. He played seven snaps at cornerback against the Steelers after Witherspoon left the game, and defensive coordinator Robert Saleh liked what he saw from Moseley.

"He's got a great mindset to him," Saleh said. "He's not afraid of anything. That's the number one prerequisite for a corner: You can't be scared. He's also got a very short memory so, if he does get beat, he's able to line up as if nothing happened and keep grinding. There's no fear in his football game."

This offseason, Moseley became the 49ers first string nickel back for two weeks during training camp while starter K'Waun Williams recovered from a knee scope.

"(Moseley) just grabbed his spot on the roster by the neck," Saleh said. "When we put pads on, his physicality, his mindset, his football IQ, his work ethic, all of it, it just kept growing on coaches."

"This is my second year here, so you get more comfortable with the scheme," he said. "And you learn from guys like Sherman and Witherspoon."

Sherman in particular has voiced his approval of Moseley.

"He just doesn't back down from anybody," Sherman said. "That's one of the greatest barometers when watching a player — how he treats different opponents. Does he treat the main receiver the same as the seventh receiver, or does he approach them differently? Is he more reserved and conservative in his approach when facing the main guy?

Even if Sherman is correct, and Moseley does all of those things Monday night, Beckham still could make incredible catches and have a prolific game. Beckham has had so many throughout his career.

"Odell is one of the best in the league," Saleh said. "But, we feel pretty good about the way it will all work."