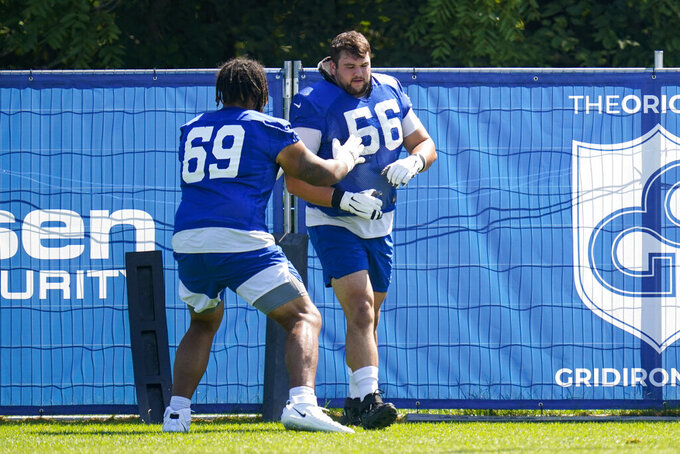 INDIANAPOLIS (AP) — The Indianapolis Colts signed three-time All-Pro guard Quenton Nelson to a contract extension late Saturday, keeping a captain and one of their top players off the free-agent market.

The team did not release terms of the deal, though ESPN reported it was for four years with an average annual payout of $20 million, $60 million guaranteed. Both would be record numbers for a guard.

Nelson has played at the highest level from the moment Indianapolis selected him with the No. 6 overall pick in 2018 from Notre Dame.

He was a first-team All-Pro each of his first three seasons and received second-team honors last season when he missed four games with injuries. He's also been selected to the Pro Bowl in each of his first four seasons.

Nelson's presence immediately solidified an offensive line that had been among the leakiest in the NFL before his arrival.

Nelson and linebacker Darius Leonard became the first rookie teammates selected to the All-Pro team since Gale Sayers and Dick Butkus of the Chicago Bears in 1965.