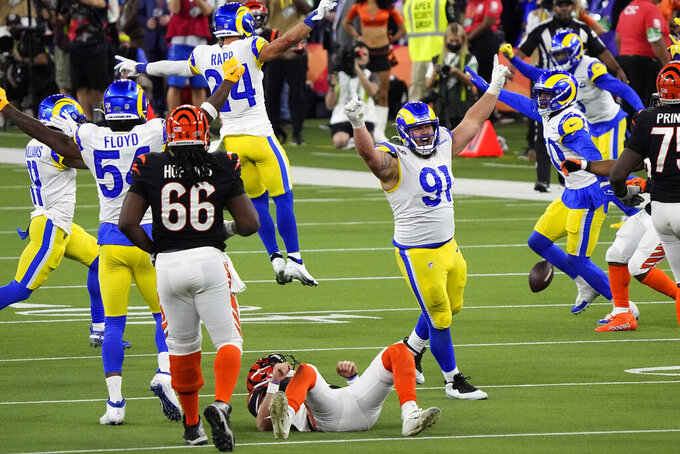 INGLEWOOD, Calif. (AP) — The Los Angeles Rams won the Super Bowl in dramatic fashion on Sunday, beating the Cincinnati Bengals 23-20 for their first NFL title since the 1999 season and their first representing Los Angeles since 1951.

The Rams won with a touchdown with 1:25 remaining.

It wasn't only the game that was entertaining — Dr. Dre, Snoop Dogg, Mary J. Blige, Eminem and Kendrick Lamar headlined an energetic halftime show. 50 Cent was a special guest.

Here are some of the most compelling moments captured by Associated Press photographers from Super Bowl LVI.