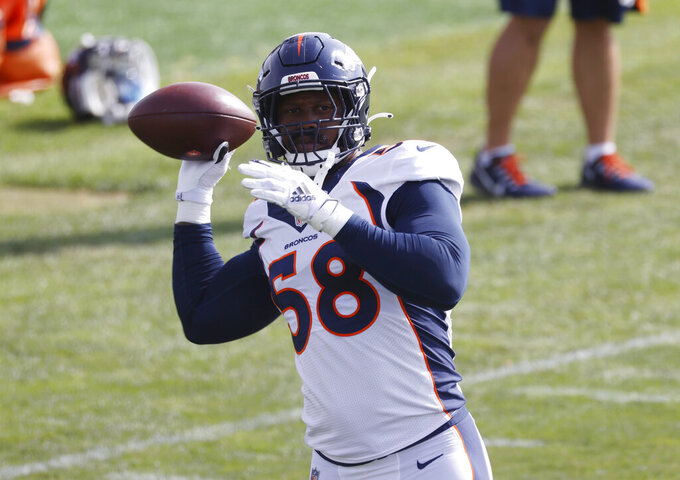 ENGLEWOOD, Colo. (AP) — A person with knowledge of the situation tells The Associated Press the Denver Broncos fear star linebacker Von Miller suffered a season-ending ankle injury toward the end of practice Tuesday.

The person, speaking on condition of anonymity because the team hadn't addressed Miller's injury, said the team was awaiting results of an MRI on Miller.

The practice took place indoors because of a snowstorm that struck the Rocky Mountains after a series of upper-90s and 100-degree days.

Miller appeared primed for a big season after adding several pounds of muscle in the offseason and rededicating himself. Last month, he said he was inspired by Kobe Bryant's eulogy and Michael Jordan's documentary.

Miller's pass rushing partner, Bradley Chubb, has hit some rough patches in his return from a torn ACL, and coach Vic Fangio suggested recently that Chubb would take some time to get back to 100%.

The Broncos open the season Monday night against Tennessee.