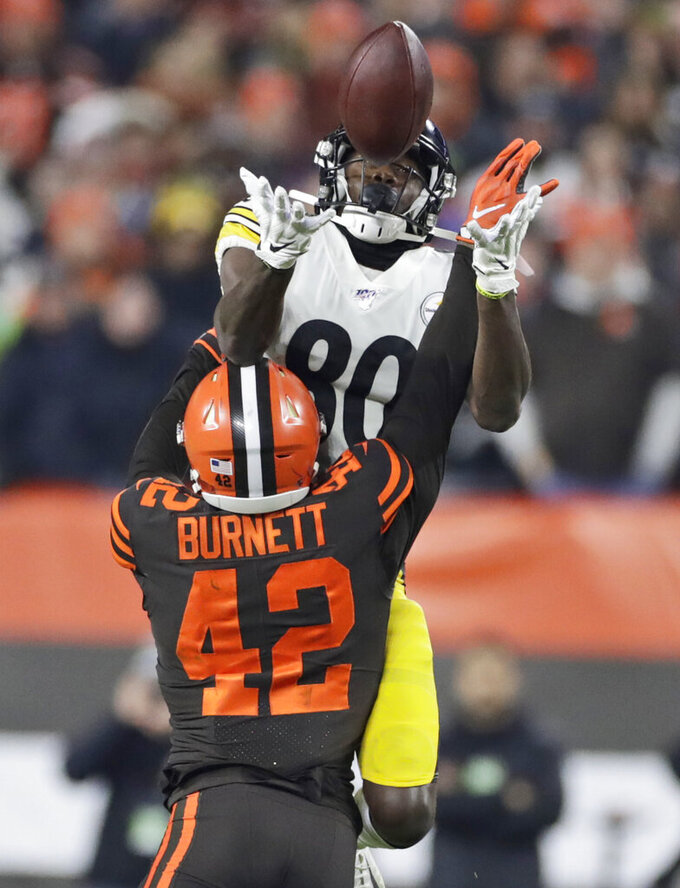 CLEVELAND (AP) — A person familiar with the injury says Cleveland Browns starting safety Morgan Burnett is done for the season with a torn Achilles tendon.

Burnett got hurt in the first half of Thursday’s 21-7 win over the Pittsburgh Steelers, one of his former teams. Tests taken Friday revealed the season-ending injury, said the person who spoke to The Associated Press on condition of anonymity because the team has not provided an update on his condition.

The 30-year-old Burnett, who signed with Cleveland in April as a free agent, had an interception in the victory. The Steelers waived him in April. He also played eight seasons in Green Bay.

Burnett’s injury is another shot to the Browns’ defense and thin secondary. Safety Eric Murray has been out with a knee injury.

Cleveland also lost star defensive end Myles Garrett, who was suspended indefinitely by the NFL after he swung a helmet and struck Pittsburgh quarterback Mason Rudolph in the head.