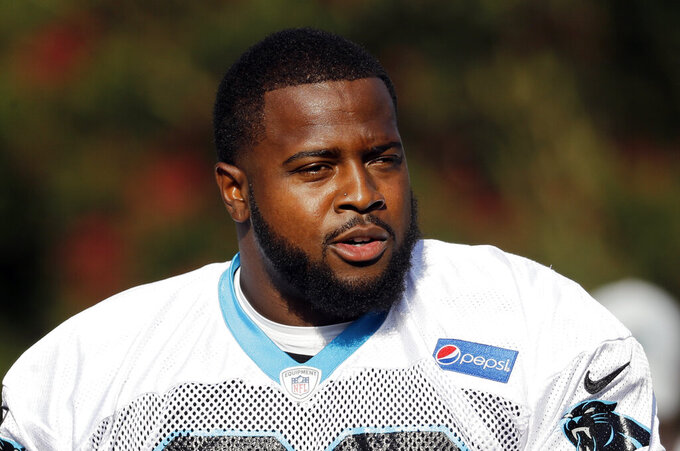 FILE - Carolina Panthers' Kawann Short arrives for an NFL football practice at training camp in Spartanburg, S.C., in this Thursday, July 26, 2018, file photo. A person familiar with the situation says the Panthers are releasing two-time Pro Bowl defensive tackle Kawann Short. The person spoke to The Associated Press on condition of anonymity on Tuesday, Feb. 16, 2021, because the team has not yet announced the move.(AP Photo/Chuck Burton, File)

The person spoke to the AP on condition of anonymity Tuesday because the team has not announced the decision, which does not come as a surprise.

Short has played in just five games over the last two seasons due to injuries to both shoulders, which twice landed him on injured reserve. He was set to count $20.8 million against this year’s salary cap, but the Panthers will save about $9 million by releasing him before June 1 — money that could be pegged to use the franchise tag on offensive tackle Taylor Moton.