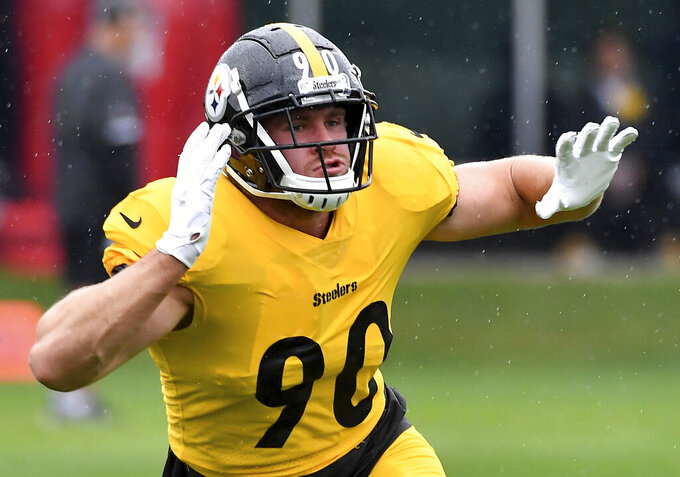 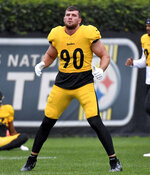 The Pittsburgh Steelers have decided to pay the game-wrecking outside linebacker like it.

A person with knowledge of the agreement says the team and the two-time All-Pro have come to terms on a four-year extension worth $112 million that will make Watt the highest-paid defensive player in the league. The person spoke on the condition of anonymity because the financial terms were not publicly announced.

The deal was first reported by NFL Network.

Watt, who is entering the final year of his rookie contract, will be paid an average of $28 million a season over the course of the extension, which exceeds the $27 million annually made by Los Angeles Chargers defensive end Joey Bosa.

The agreement also ends any speculation about the team's long-term plans for Watt and clears up his availability for Sunday's season opener in Buffalo.

Watt did not practice during 11-on-11 drills with the first-team defense until this week after choosing to sit out all four preseason contests and work on individual drills during training camp.

The extension alleviates any concern about the team potentially losing Watt at some point down the road.

The Steelers have a policy of not negotiating contracts once the season starts, meaning the window to get something done before was closing. If one had failed to get done, there's a chance they could have retained Watt in the short term by placing the franchise tag on Watt for 2022, a move that hasn't really worked out for the team in recent years.

Pittsburgh put the tag on running back Le'Veon Bell in 2017 and 2018. Bell was an All-Pro in 2017 before sitting out the entire 2018 season. Outside linebacker Bud Dupree also played under the tag in 2020 before signing with Tennessee in the spring.

Watt isn't going anywhere and his teammates — namely Roethlisberger and defensive end Cam Heyward — have made it a point to speak out in support of Watt and encourage the front office to get it wrapped up.

Roethlisberger said Wednesday that Watt “is worth every penny” and should “get whatever he wants.” Heyward added Thursday that Watt is a "game-changer" who “should be paid.”

The Steelers did, giving the team something to build around whenever the Roethlisberger era ends.

Watt has become one of the NFL's most disruptive edge rushers since being taken with the 30th overall pick in the 2017 draft. His 49 1/2 sacks over the first four seasons of his career are the sixth most in NFL history. He's made the Pro Bowl each of the past three seasons and finished third in NFL Defensive Player of the Year voting in 2019 and followed it up by being runner-up to Los Angeles Rams star defensive end Aaron Donald last season.

It also gives Watt bragging rights of sorts against older brother J.J., a three-time NFL Defensive Player of the Year who landed a six-year deal with Houston in 2014.