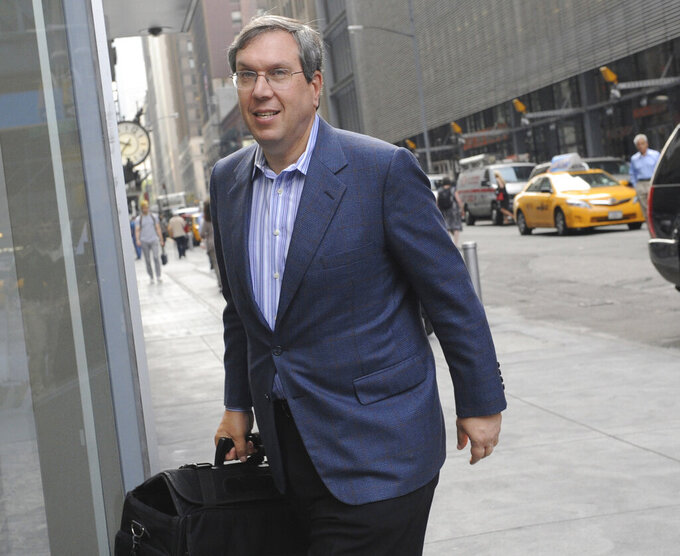 Talks to hire Kessler were disclosed to The Associated Press by several people familiar with the conversations who spoke on condition of anonymity because no announcement had been made. A grievance has not yet been filed and an agreement with Kessler has not been finalized, the people said.

In divisive talks reminiscent of baseball’s eight work stoppages from 1972-95, the sides failed to reach an economic agreement last month.

Management initially proposed 82 games and a sliding scale of salaries, while the union countered at 114 games and full prorated pay under the formula of the initial March 26 agreement that dealt with the pandemic. MLB’s final proposal of 60 games at prorated pay was rejected by players, who had wanted 70 games and instead preferred leaving open the possibility of a grievance before arbitrator Mark Irvings.

Players dared Manfred to set the schedule unilaterally, and MLB called for 60 games over 67 days starting July 23 in ballparks without spectators.

While the union maintains a longer season was economically feasible consistent with the March deal, MLB says it feared a second wave of the virus that could cause cancellation of the postseason, when $787 million in broadcast revenue is earned. Manfred also has cited provisions in the agreement that said MLB had no obligation to start the season while there were legal limits on playing in front of fans.

Union officials have asked for a broad disclosure by teams of financial relationships with regional sports networks and real estate ventures adjacent to ballparks and could ask Irvings to order document production.

The 66-year-old Kessler is co-executive chairman of Winston & Strawn and co-chair of its antitrust/competition and sports law practices.

He currently is representing American women players in their pending discrimination suit against the U.S. Soccer Federation; wage claims were dismissed but working condition allegations are scheduled for trial in September.

Kessler left Weil in 2003 for Dewey Ballantine and in 2012 joined Winston & Strawn. He helped college athletes win a judgment last year that the NCAA had violated antitrust laws by adopting rules that were illegal restraints.

While at Weil he worked with Bruce Meyer, who was hired by the Major League Baseball Players Association in 2018 as its senior director of collective bargaining and legal.

Irvings ruled against the union this year in the grievance claiming the Chicago Cubs violated the collective bargaining agreement when they delayed his major league debut.