Barkley, 'Inside the NBA' crew agree to contract extensions 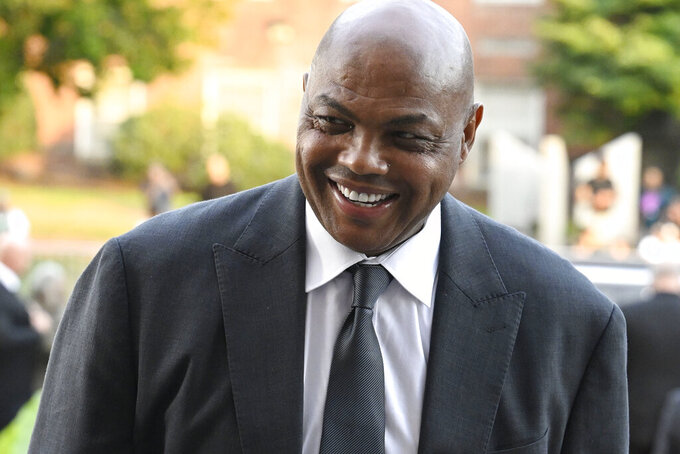 Charles Barkley will not be leaving TNT or the “Inside the NBA” crew for the foreseeable future.

Barkley has been with TNT since retiring as a player in 2000. He had floated the idea of doing commentary for Saudi-funded LIV Golf this past summer.

“We’re all a big family — Ernie, Kenny and Shaquille are brothers to me — and I wouldn’t still be here if it wasn’t for them and all the amazing people who work on our show,” Barkley said in a statement. “I’m not gonna lie, though, this is a life-altering deal ... and I’m blessed to be able to do live television for a living.”

“Inside the NBA” begins its 34th season on Tuesday. Johnson has been with the show since the beginning while Smith became a studio analyst in 1998. O'Neal joined the quartet in 2011.

The deals with Johnson, Smith and O'Neal are “long term,” but last well beyond the end of Turner's current deal with the NBA in 2024-25. The league is expected to begin rights negotiations soon. Turner has been carrying games since 1984 while ESPN/ABC replaced NBC in 2002.

The other major sports leagues have recently negotiated new rights deals. Amazon is in its first season carrying the NFL, with the rest of the league's renewed contracts with other networks kicking in next season. Major League Baseball's new contracts with Fox, ESPN and Turner began this year while the NHL's with Turner and ESPN are in its second season.

Major League Soccer's deal with Apple TV+ begins next season. Besides the traditional networks, the NBA should see increased competition from streaming services trying to get a package of games.