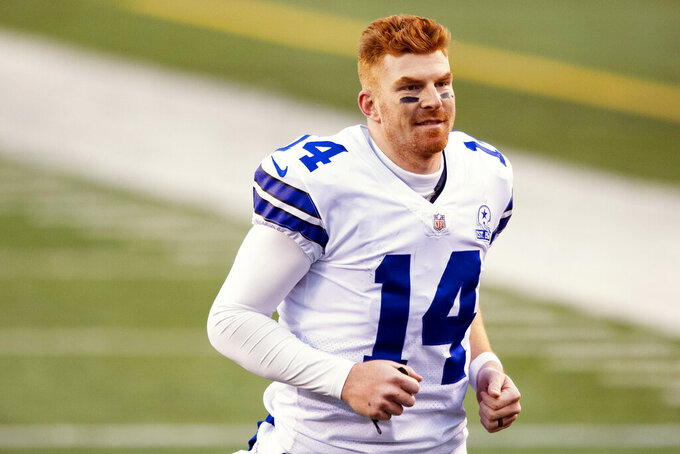 Dalton is due $10 million and could earn an additional $3 million in bonuses. The three-time Pro Bowler signed with Dallas last May to back up Dak Prescott after getting released by Cincinnati and wound up making nine starts and playing in 11 games after Prescott was injured. The Cowboys finished 6-10 and missed the playoffs for the second year in a row.

Dalton has thrown for 33,764 yards, 218 touchdowns and 126 interceptions. He set several Bengals passing records over nine seasons but he never led them past the first round of the playoffs. Bears offensive coordinator Bill Lazor was Cincinnati's quarterbacks coach in 2016 and offensive coordinator in 2017 and 2018.

Bush has made just eight starts in five seasons. But he has emerged as one of the Bears’ better special teams players.

Ifedi made 16 starts for Chicago last season — 10 at right guard, then six at right tackle — after playing his first four years for Seattle.

The Bears made the playoffs despite going 8-8 in the regular season for the second year in a row and got knocked out in a convincing wild-card loss at New Orleans.