Bears come to grips with cruel end to breakthrough season 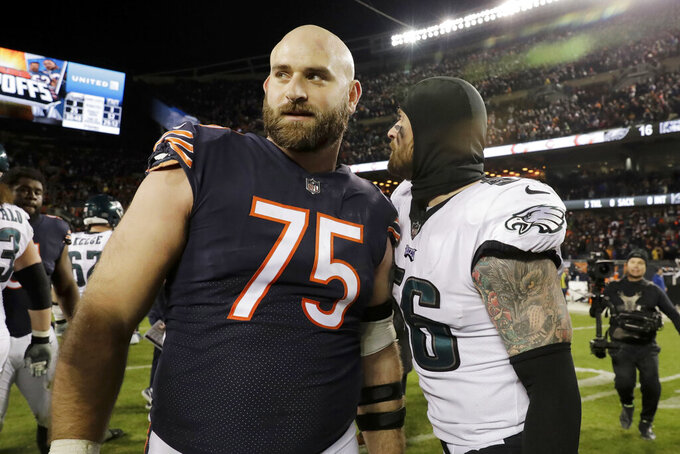 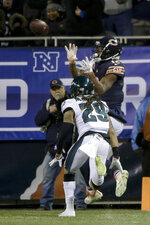 LAKE FOREST, Ill. (AP) — Chicago Bears receiver Allen Robinson had a tough time coming to grips with the fact that there was no game to prepare for this week when he woke up Monday morning.

Safety Adrian Amos figured the Bears would be planning for their next opponent, not cleaning out their lockers.

"Things happen, you know, time to take it in, put it behind you and start working for next year," he said.

The Monsters of the Midway went 12-4 to win the NFC North in their first season under coach Matt Nagy after four straight last-place finishes and made the playoffs for the first time in eight years. They finished with their best record since the 2006 team went 13-3 and reached the Super Bowl.

They saw progress from quarterback Mitchell Trubisky in his second NFL season. They dominated on defense, with Khalil Mack leading the way after a blockbuster trade from Oakland just before the season.

They also made Sundays fun again in Chicago, with their coach setting the tone, and re-energized a franchise frustrated by years of losing.

"I think having such great chemistry makes today easier," guard Kyle Long said. "Today is tough regardless, but having guys you can lean on — I'll be going to dinner with some of these guys this week. We have real friends in this locker room, it's not just teammates. That's important."

The Bears have some issues to address, starting with Parkey's future.

Parkey made the Pro Bowl as a rookie with Philadelphia in 2014. He was solid for Miami in 2017. But after signing a four-year contract last March, his first season in Chicago didn't go the way he envisioned.

Parkey nailed them four times while missing two field goals and two extra points in a victory over Detroit at Soldier Field. He also hit one while missing a PAT in the regular-season finale at Minnesota.

On Sunday, Parkey's 43-yard attempt in the closing seconds hit halfway up the upright and ricocheted off the crossbar before harmlessly falling to the ground. The NFL changed the miss Monday to a block for Philadelphia's Treyvon Hester, who touched the ball. That's little consolation for the Bears.

Amukamara insisted there was plenty of blame to go around for the loss, such as having 10 players on the field when Dallas Goedert caught a 10-yard touchdown in the third quarter.

All-Pro safety Eddie Jackson (right ankle) was active but did not play. Tight end Trey Burton was inactive against his former team after being added late to the team's injury report because of a groin problem.

He said he felt some tightness Friday. He didn't think much of it until Saturday, when his groin was "completely locked."

Burton has acknowledged his battles with anxiety. But he insisted he was in a "really good spot mentally going into this game."

The Bears could also be in the market for a defensive coordinator if Vic Fangio gets a head coaching job.

In four seasons, he has helped transform a defense that ranked among the worst in franchise history. Chicago led the NFL in rushing defense, takeaways (36) and interceptions (27) while tying for third in sacks (50). And the 60-year-old Fangio is in the running for the opening in Denver.

Amos could also be on the move, with an expiring contract. So does cornerback Bryce Callahan, who broke his left foot against the Rams on Dec. 9 and missed the rest of the season.

Long was looking forward to an offseason with "no knives." The three-time Pro Bowl lineman missed eight games this season because of a foot injury before returning at Minnesota. He has also had shoulder, elbow, neck and ankle surgeries in recent years.

"I get to maybe take a vacation, which would be sweet," Long said. "That would be really cool."