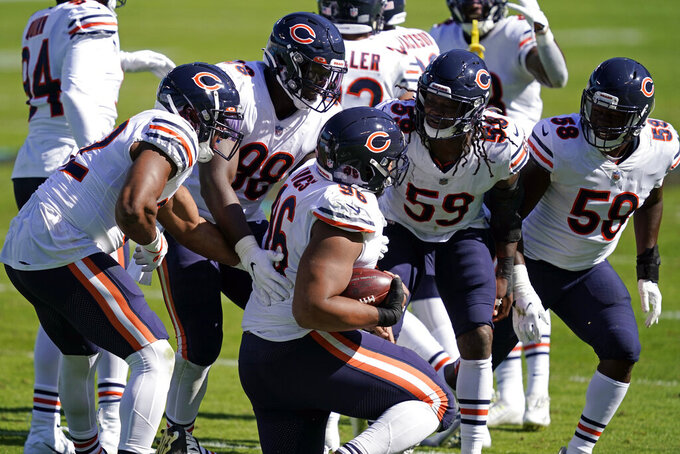 Chicago Bears defensive end Akiem Hicks (96) is congratulated by teammates following a turnover during the second half of an NFL football game against the Carolina Panthers in Charlotte, N.C., Sunday, Oct. 18, 2020. (AP Photo/Brian Blanco)

Hicks, who will miss his first game of the season, had been listed as questionable. He has 3½ sacks and a team-high 14 quarterback hurries this season.

Bears quarterback Nick Foles also is inactive due to a glute and hip injury that had kept him from practicing all week. Bears coach Matt Nagy announced Friday that Mitchell Trubisky would start in Foles’ place at Green Bay.

Bears offensive tackle Charles Leno Jr. is active. Leno had been listed as questionable with a toe injury.