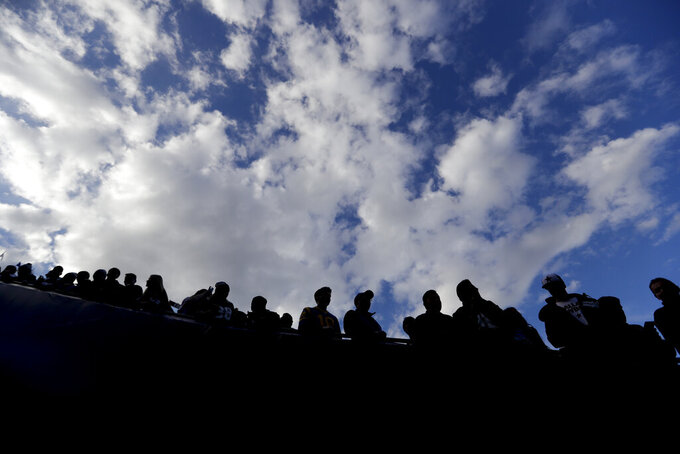 Dallas guard Xavier Su'a-Filo also is active at the Coliseum, but rookie Connor Williams is expected to start at left guard.

Beasley, Jarwin and Su'a-Filo all have struggled with ankle injuries in recent days, and Beasley and Jarwin didn't practice this week. They'll all be in uniform when the Cowboys attempt to win two playoff games in the same season for the first time in 23 years.

Beasley was Dallas' second-leading receiver in the regular season with 65 catches for 672 yards and three TDs, but he was limping badly at times in the Cowboys' wild-card playoff win over Seattle. Jarwin was fifth this season with 27 receptions for 307 yards, and he made three TD catches in the regular-season finale against the Giants.

Todd Gurley was active for the Rams after missing the previous two games with an ankle injury. The Pro Bowl running back is expected to play at full strength in his first game in four weeks when the Rams attempt to earn their first playoff victory in 14 years.

Rookie John Kelly also was active, giving the Rams another option at running back behind Gurley and C.J. Williams.

Edge rusher Matt Longacre also was active for the third straight game after sitting out three of the previous four games for Los Angeles.