Belichick: Newton not practicing, but fine after hand injury 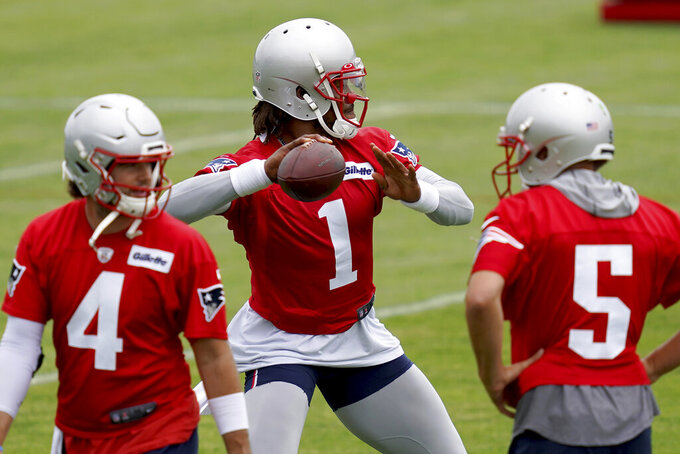 Newton was not at Thursday’s workout, the third session open to media.

“He’s doing all right. He won’t participate today, but he’s getting better,” Belichick said before practice.

This is Newton’s first full offseason with the Patriots after signing with them last July. His absence left New England with three quarterbacks — Jarrett Stidham, rookie Mac Jones and Brian Hoyer — for Thursday’s session.

Newton went 7-8 as the starter in 2020 but struggled at times to find consistency after his season was interrupted for two weeks following a COVID-19 diagnosis. He said one of the things he was looking forward to most was getting a full offseason to dive into the playbook.

Despite using the 15th overall draft pick in April to add former Alabama quarterback Mac Jones, Belichick said this spring that Newton would enter training camp as the starter.

The Patriots are to hold a final voluntary workout Friday before opening a three-day, mandatory minicamp on Monday.

Belichick said some adjustments must be made with Newton currently not participating, but his absence will provide more reps for the remaining quarterbacks.

“(Offensive coordinator Josh McDaniels) does a great job of getting everybody prepared,” Belichick said. “That can come in a variety of ways from meetings to walkthroughs to practice reps to how he splits them up in individual drills. There’s a lot of different opportunities and he’s done it very well and continues to do that.”