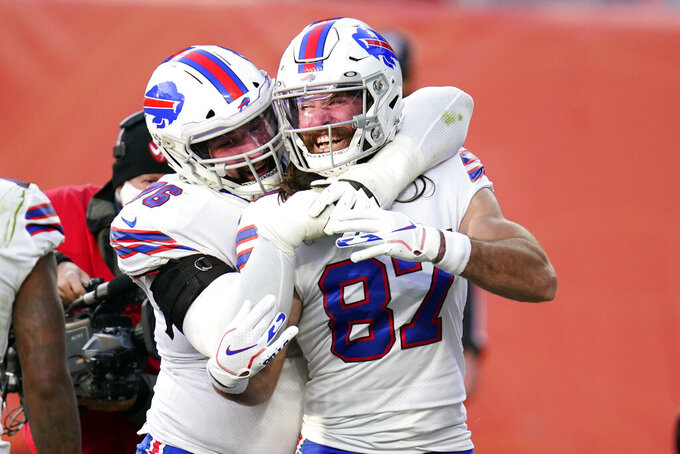 Kumerow’s release comes after scoring on a 22-yard touchdown pass on his first and only catch in six games with the Bills in a 48-19 AFC East-clinching win at Denver on Saturday. He opened the season on Buffalo’s practice squad after spending the previous two-plus years with Green Bay.

Brown remains on injured reserve, but was designated to return to practice last week. He’s been limited to playing eight games because of knee and ankle injuries, and was placed on injured reserve following a 32-30 loss at Arizona on Nov. 15.

Receiver/returner Andre Roberts (back) and offensive tackle Daryl Williams (groin) were listed as limited in practice Thursday. The Bills are off on Friday before returning to practice Saturday.