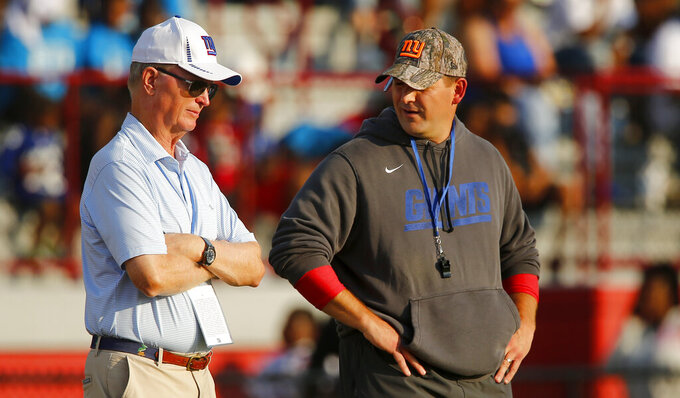 Daboll got his second interview for the job in five days when he spent Tuesday with co-owners Steve Tisch and John Mara, new general manager Joe Schoen and senior vice president of player personnel Chris Mara at the team's headquarters. The 46-year-old also was interviewed Friday on a video conference call.

He is the first man to receive two interviews for the job that opened when Joe Judge was fired on Jan. 11 after a 4-13 second season. He was 10-23 in his short tenure.

Schoen, who was the Bills assistant GM before being hired by the Giants Friday, and Daboll worked with the Bills for the past four seasons.

Under Daboll's guidance, the Bills finished third in the NFL, averaging 28.4 points this past season. Quarterback Josh Allen finished sixth in the league with a franchise-record 409 completions as well as 36 touchdown passes and 4,407 yards.

Daboll was the AP NFL Assistant Coach of the Year after the Bills finished 13-3 in 2020. He joined Buffalo in 2018 after helping lead Alabama to the national championship in 2017 as the Crimson Tide’s offensive coordinator and quarterbacks coach.