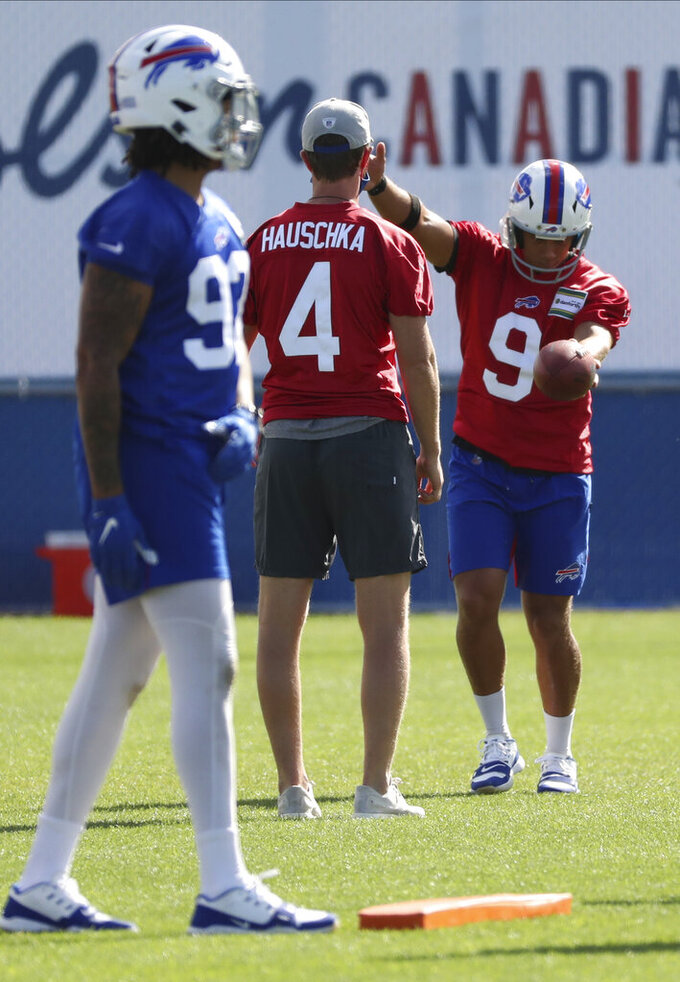 The 35-year-old Hauschka was the odd-man out in a kicking competition with Tyler Bass, a rookie sixth-round draft pick out of Georgia Southern. Bass caught the Bills attention with his powerful leg during the school’s pro day, and after he finished his four-year college career hitting 54 of 68 field-goal attempts.

Bass showed off his ability by hitting three consecutive attempts from beyond 50 yards during practice two weeks ago, while Hauschka missed all three.

Hauschka has 12 seasons of NFL experience, with the past three in Buffalo. He was due to make $4.475 million in base salary over the final two years of his contract.

He picked up the nickname during his first season in Buffalo in 2018, when he hit 17 consecutive field-goal attempts — the most by a Bills player since 2007.

He showed signs of struggling the past two years in which he finished both seasons hitting just 22 of 28 attempts for a field-goal percentage of 78.6 — his lowest in a full season. Hauschka was especially inconsistent in hitting just one of five attempts from 50 yards or longer.

He signed with Buffalo after spending six seasons with the Seattle Seahawks.