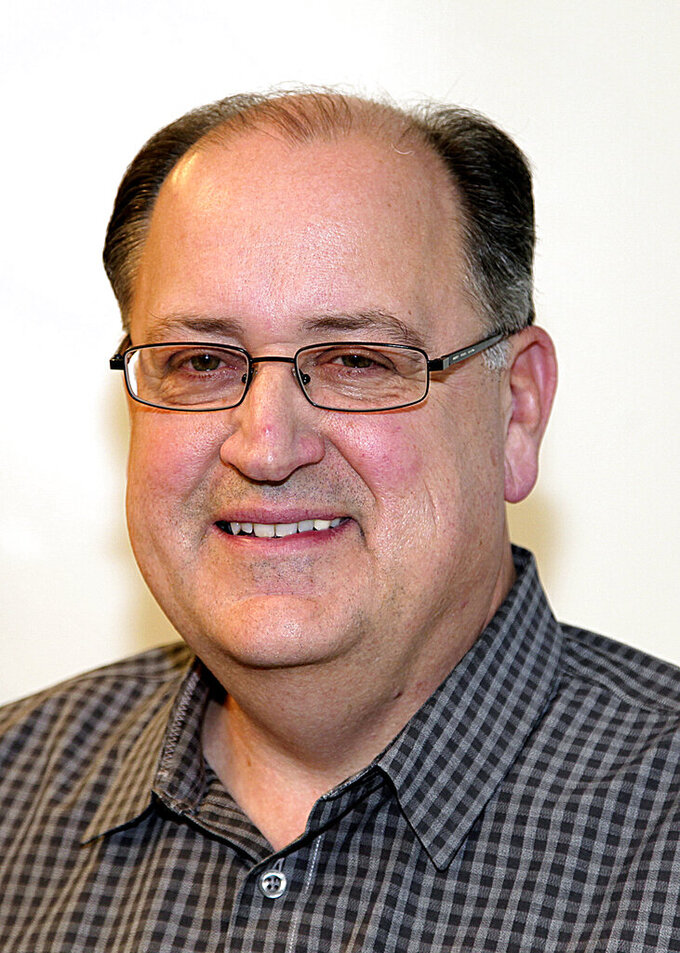 FORT MYERS, Fla. (AP) — Boston Globe baseball writer Nick Cafardo, who covered the Red Sox and the rest of the sport for more than three decades, died Thursday after collapsing outside the team's spring training clubhouse. He was 62.

The newspaper said Cafardo appeared to have an embolism. The team's medical staff responded quickly but was unable to revive him.

"The world is darker today without @nickcafardo. His fairness, love for the game and great heart made fans of us all," baseball star-turned-broadcaster Alex Rodriguez wrote on Twitter . "We will miss you from field to booth, Nick."

The Red Sox said they were saddened by Cafardo's death and would find the appropriate time to honor his legacy.

"For over three decades, Nick was a fixture at Fenway Park and throughout ballparks across the country. His coverage was as consistent as the game itself," the team said in a statement. "The Cafardo family will always be a part of the Boston baseball family."

Cafardo joined the Globe in 1989 from The (Quincy) Patriot Ledger, where he had been on the baseball beat. He continued to cover the Red Sox before switching to the New England Patriots in time for the team's first NFL championship, in 2001.

He returned to baseball and has covered the Red Sox and the major leagues for the past 15 years, writing a Sunday notes package and an "On Baseball" column that kept New England's fervent baseball fans in touch with their team and the rest of the major leagues.

"Nick Cafardo was a man whose talent, enthusiasm, and contribution to Boston's sports coverage was incomparable and something that I always enjoyed reading," Boston Mayor Marty Walsh tweeted.

Cafardo collapsed on the sidewalk between the ballpark and the batting cages where players were working out to prepare for the defense of their World Series title. The newspaper said it was his day off, but "Cafardo's love of baseball and commitment to his craft compelled him to report to JetBlue Park."

"Nick was one of the best people to ever walk through our doors — generous with his time and insights, immensely knowledgeable, deeply devoted to the Globe," editor Brian McGrory said in the paper's obituary.

"He had a view of the Red Sox and the game on a national scale that is virtually unrivaled. For those reasons, he was one of our most read writers, constantly attracting followers near and far, his weekly baseball notes column being destination reading for tens of thousands of people."

In addition to his coverage for the paper, Cafardo also wrote a book on the beginning of the Patriots dynasty, "The Impossible Team: The Worst to First Patriots' Super Bowl Season." He also wrote "If These Walls Could Talk" with Red Sox second baseman and broadcaster Jerry Remy and "Inside Pitch: Playing and Broadcasting the Game I Love," with Hall of Fame pitcher Tom Glavine.

"The Major League Baseball and sports journalism communities suffered a tremendous loss today," the Players Association said in a statement. "For more than three decades, Nick enlightened Boston sports fans with a rare blend of insight, wit and good humor. He leaves behind a legion of friends and admirers in press boxes, clubhouses and front offices throughout the game."

Cafardo is survived by wife Leeanne and children Ben and Emilee.