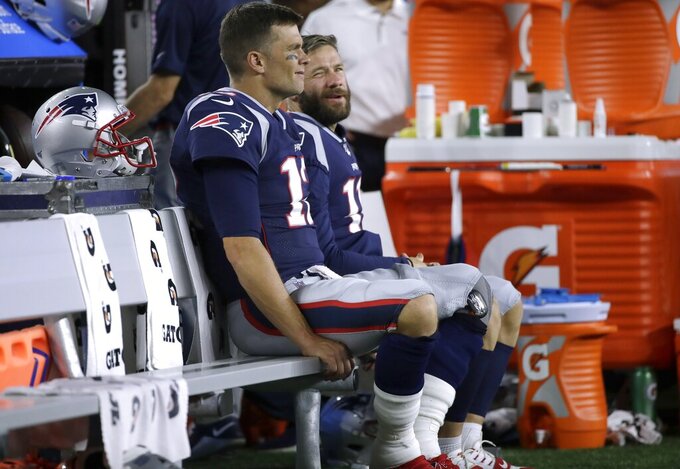 FOXBOROUGH, Mass. (AP) — Tom Brady did just enough in his first preseason action of his 20th NFL season to keep other teams guessing as they prepare to face the 42-year-old, six-time Super Bowl champion.

Brady completed 8 of 12 passes for 75 yards in three offensive possessions, leaving after driving the defending champions to the only touchdown in a 10-3 victory over the Carolina Panthers on Thursday night. The 15-play, 85-yard drive was kept alive when the notoriously slow-footed Brady scrambled for three yards on third-and-3 from the Panthers 41 on the first snap of the second quarter.

"To get a first down conversion on my scrambling, I'm sure the defensive coordinator is like 'What the heck?'" Brady said.

"I revel in that," the quarterback added. "Hopefully, I can do that once a game. I think I'd be good with that."

A three-time MVP who has passed for more than 70,000 yards, Brady is surely headed to the Pro Football Hall of Fame when he finally retires.

But not because of his mobility.

But he said Thursday that if opposing defenses give him an opening, he'll take it.

"I usually don't get too many yards," he said. "Third-and-short — I can usually make a couple of those. But, if I can make one of those a game, I think that'd be good for our team, if they're going to do that."