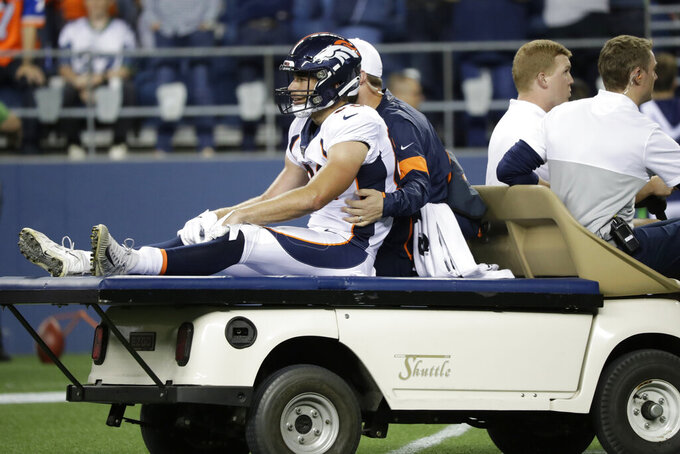 Denver Broncos tight end Austin Fort is carted off the field with an injury after a reception during the second half of the team's NFL football preseason game against the Seattle Seahawks, Thursday, Aug. 8, 2019, in Seattle. (AP Photo/Elaine Thompson)

Fort was making a strong push to become the Broncos' latest undrafted gem. He tore his left ACL in Denver's 22-14 loss at Seattle on Thursday night.

The Broncos entered training camp deep at tight end, but the only ones who haven't been hurt this summer are first-round pick Noah Fant and free agent pickup Moral Stephens.

Bisnowaty is a 2017 sixth-round draft pick by the New York Giants out of Pitt. He played in one regular-season game for the Giants that season. He's also spent time on the Giants' and Vikings' practice squads and spent a portion of the 2019 offseason with Washington.