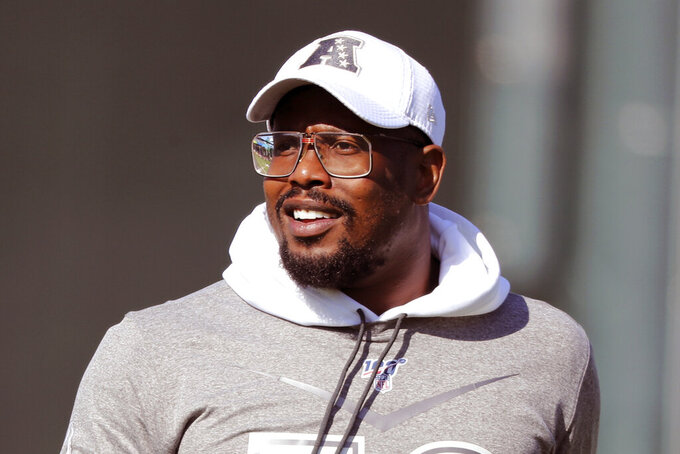 ENGLEWOOD, Colo. (AP) — Von Miller was primed for a monster comeback in 2020 after packing on the muscle this spring, doubling down on his leadership duties after watching Kobe Bryant’s funeral and Michael Jordan’s documentary, then absolutely destroying offensive drills every day at training camp.

It all crumbled when the Super Bowl 50 MVP suffered a serious ankle injury at an indoor practice Tuesday, almost certainly costing him a chance to atone for last season’s drop-off that helped fuel his offseason rededication.

“It was just a normal play,” coach Vic Fangio said Wednesday. “He just rushed around the edge and never hit the ground, never looked bad. If you saw the video you’d think nothing happened, but it did.”

Miller is seeking additional medical advice before undergoing surgery and is expected to miss the season.

“I’m sad that he’s not going to get the season that he worked for because it would have been fun to watch,” Fangio said. “For me. For him. For you. For everybody.”

Malik Reed and Jeremiah Attaochu, who filled the void when Miller’s pass rushing partner Bradley Chubb tore an ACL a year ago, will share the workload now.

Fangio stressed, however, that they’re not the only ones who will have to step up their game on the field or in the huddle.

“And we have a good enough team to do that. If you’re a good enough team you can overcome these injuries. There’s countless examples of that over the years, very recently, very long time ago, any time you want to look at, there’s been these types of injuries that teams have overcome and still had successful seasons,” Fangio added.

“And we want to be added to that list.”

“We played our best football after that, and that’s not because we didn’t have Bradley; we just kept developing as a team and we compensated for him,” Fangio said. “And we have a better team this year overall. So, I expect us to still be a good team without Von.”

There’s no denying, however, that it just got a whole lot tougher for the Broncos to return to the playoffs this year and avoid becoming the first Super Bowl champion to spend the following five seasons missing out on the playoffs altogether.

The feeling around team headquarters was that of heartache for Miller but there wasn’t a sense the team was feeling sorry for itself.

“Without a doubt, it’s a punch in the gut for everybody just knowing how good of a player he is and how good of a leader he is for this team,” quarterback Drew Lock said. “And personally for him, I talked to him a lot in the offseason. He was gunning. He was ready to go. He was extremely excited, a new focus from Von.

“It definitely hurts our team ... but life goes on,” Lock added. “He’s going to work to get back on the field as fast as possible and we’ve got to work to win games.”

Safety Justin Simmons said he’s certain Miller will put that same energy into his rehab that he did into his offseason of transformation.

“It’s just a huge, beyond words huge, loss for our defense,” Simmons said.

The Broncos open the season Monday night at home against Tennessee, and the Titans were also dispirited over the loss of one of the league’s best ambassadors.

“You’re looking at the Hall of Fame-caliber player who’s played at a high level since he’s entered into this league,” Titans coach Mike Vrabel said.

“The Broncos have an incredible defense. Obviously, Von Miller will be missed. I feel horrible for that guy,” Titans left tackle Taylor Lewan said. “The handful of times I’ve been around him, he’s been a stand-up dude. He’s one of those people that doesn’t know how much of a star he actually is by the way he acts and treats other people."