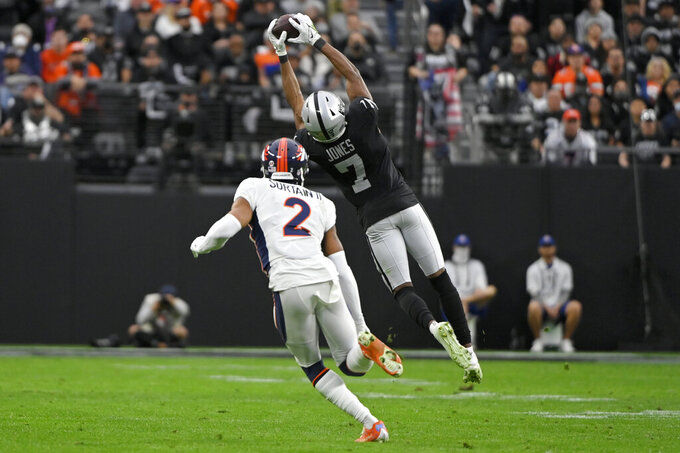 DENVER (AP) — The Denver Broncos will be without cornerbacks Pat Surtain II and Ronald Darby on Saturday for their regular-season finale against Patrick Mahomes and the Kansas City Chiefs.

Surtain is out with a calf injury and Darby has a shoulder ailment. It’s not an ideal situation going against Mahomes, who has thrown 35 touchdown passes this season, and offensive weapons such as receiver Tyreek Hill and tight end Travis Kelce.

Broncos right tackle Bobby Massie was a late scratch due to a concussion. Cam Fleming is slated to start in his place.