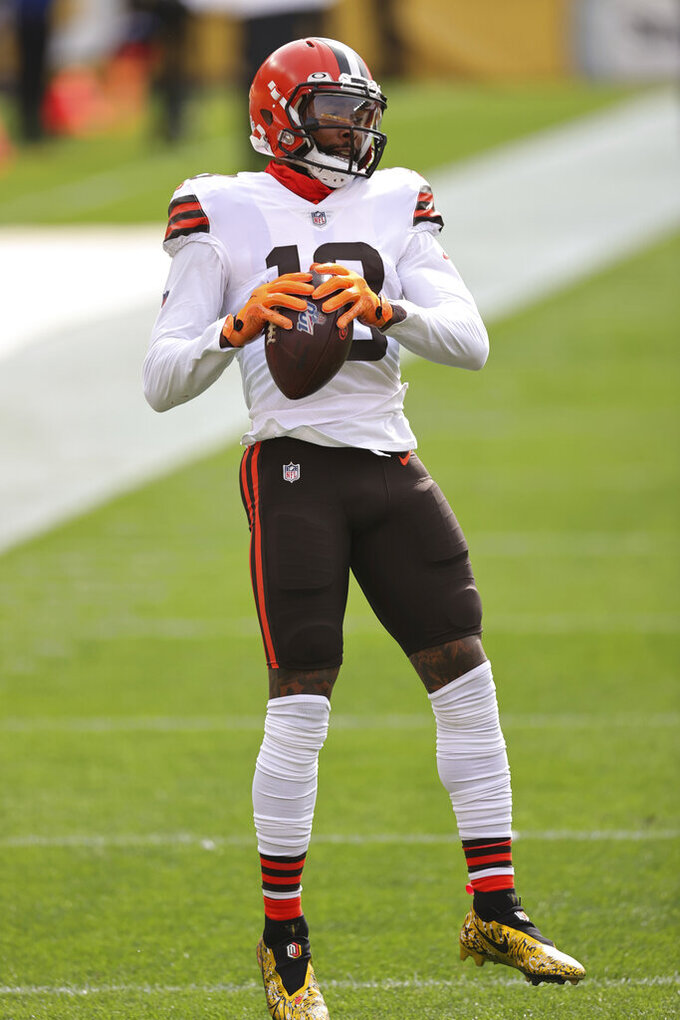 Cleveland Browns wide receiver Odell Beckham Jr. (13) catches a pass during warm-ups prior to an NFL game against the Pittsburgh Steelers, Sunday, Oct. 18, 2020, in Pittsburgh. The Steelers defeated the Browns 38-7. (Margaret Bowles via AP) 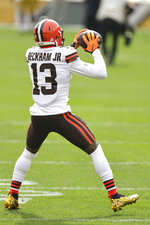 The team said Beckham, who injured his knee in the first quarter of an Oct. 25 game at Cincinnati, is “expected to be ready for the 2021 season.” Typically, recovery from a torn ACL takes at least nine months, meaning Beckham could be back for training camp.

Beckham and his mother, Heather Van Norman, posted photos on Instagram following the procedure. Beckham posted a photo of himself in the recovery room along with the caption: “Sit back relax n watch how God work.....Now let the journey begin...”

The 28-year-old was playing well in his second season with Cleveland, which acquired him in a March 2019 trade from the New York Giants.

Beckham got hurt as he tried to run down Bengals cornerback Darius Phillips, who intercepted a pass intended for Cleveland's playmaker.

Beckham's injury sparked speculation about his future with Cleveland. He's under contract through 2023.

“Odell is one of the best receivers in the NFL,” Berry said. “He played really good football for us before he was injured. He has done a fantastic job with his teammates and at practice. He has embraced the organization. He is under contract for multiple years.

"Our focus with Odell is making sure that he recovers from the ACL tear. We want him to be healthy and ready to go next year, but we are pleased with him.”

Beckham finished with 23 catches for 319 yards and three touchdowns. He also scored on a 50-yard run in a win at Dallas. He's missed 25 games over the past four seasons due to injuries.