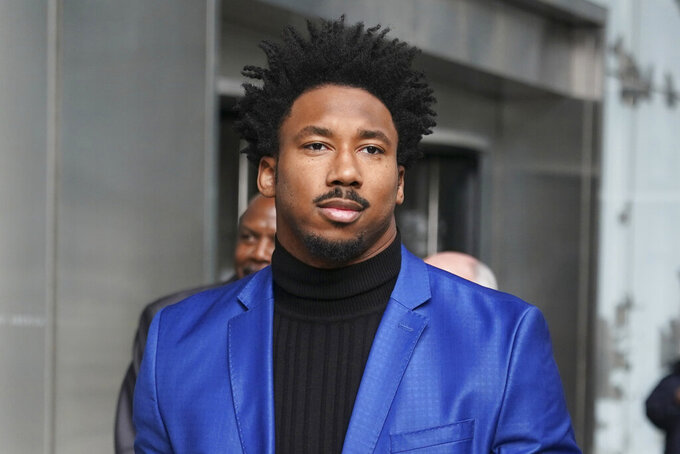 CLEVELAND (AP) — Browns star defensive end Myles Garrett has been reinstated by the NFL after he was suspended indefinitely for hitting Pittsburgh Steelers quarterback Mason Rudolph over the head with a helmet.

Garrett missed Cleveland's final six games last season after his disturbing attack on Rudolph in the closing seconds of a Nov. 14 game that was nationally televised. Garrett has been remorseful since the incident and Monday he met with Commissioner Roger Goodell and league officials in New York.

Garrett is cleared to return to all activities with the Browns.

“We welcome Myles back to our organization with open arms," Browns vice president of football operations and general manager Andrew Berry said. "We know he is grateful to be reinstated, eager to put the past behind him and continue to evolve and grow as a leader. We look forward to having his strong positive presence back as a teammate, player and person in our community.”

As the Browns were wrapping up a rare win over the Steelers, Garrett pulled down Rudoplph after a pass attempt and the two wrestled on the ground. Rudolph tried to pull off Garrett's helmet but couldn't. Garrett ripped off Rudolph's helmet and swung and struck him with it, triggering a brawl between the teams.