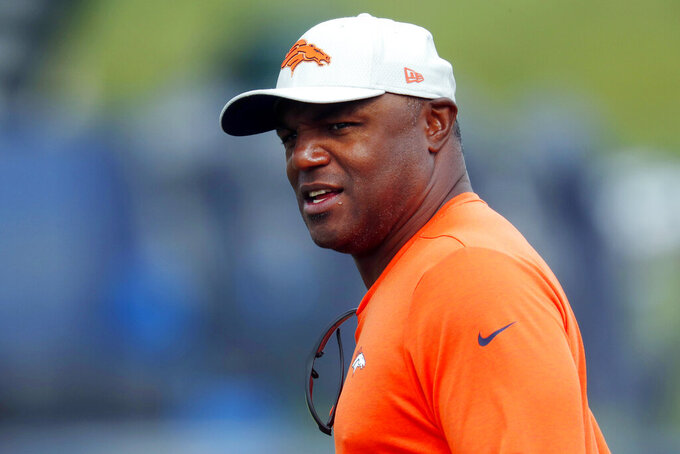 The addition of Woods to Stefanski's staff has been rumored for weeks, but Cleveland couldn't formally interview him until San Francisco's season ended. After the 49ers were beaten by Kansas City in the Super Bowl on Sunday, Woods met with Stefasnki — the two worked together for eight seasons in Minnesota — and the Browns offered him a contract.

“Absolutely worth the wait,” said Stefanski, the former Vikings offensive coordinator who faced the 49ers and lost in the playoffs. "It's good to see when you're taking a coach from another team it's good to see that team having success. It was fun to watch those guys. They had an incredible season. Joe's impact on that defense was very real."

Woods is bringing 49ers assistant Chris Kiffin with him to coach the Browns defensive line.

Earlier this week, Stefanski named Alex Van Pelt as his offensive coordinator. Stefanski has yet to say who will be calling plays next season.

Woods coached the Niners' defensive backs last season, and with a huge assist from a relentless pass rush, the group led the NFL in passing defense, allowing just 169.2 yards per game.

In Cleveland, he'll take over a young defense with promise but some holes.

Star end Myles Garrett was having a strong 2019 season before he was suspended indefinitely for striking Steelers quarterback Mason Rudolph with a swung helmet. Garrett will soon meet with Commissioner Roger Goodell and is expected to be re-instated.

Cleveland has solid young cornerbacks in former Pro Bowler Denzel Ward and Greedy Williams, but the team will need to address the safety spot with Damarious Randall eligible for free agency and Morgan Burnett recovering from a torn Achilles tendon.

"It’s good to be back in this role,” Woods said. “I felt like I learned a lot from my time in Denver. It’s really about managing people, game-planning and how to call a game, so I feel like I’m more prepared now than I was then. When you have pieces in place and with the additions we’ll make in free agency and the draft, I feel like we can really get something accomplished here this next season.”