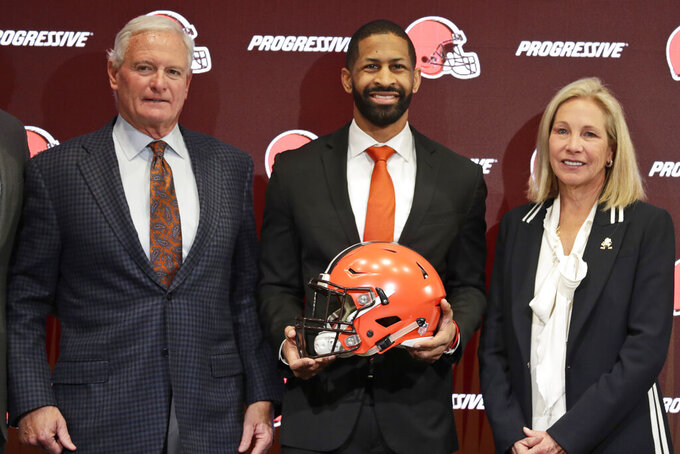 Adofo-Mensah will join a new staff in Cleveland after Browns owners Dee and Jimmy Haslam overhauled the front office following a 6-10 season.

GM John Dorsey parted ways with the team after two years and the Haslams hired Berry, who was previously with the Browns before spending one season with the Philadelphia Eagles.

Before coming to Cleveland, Adofo-Mensah was San Francisco's director of football research and development. With the Browns, he'll replace Eliot Wolf, who left the Browns after two seasons and is currently a consultant with the New England Patriots.

Adofo-Mensah spent four years with the 49ers. With degrees from Princeton and Stanford, he's heavily involved in analytics.

The Browns also hired former Colts GM Ryan Grigson as an adviser before the draft and he's expected to remain in a full-time position.