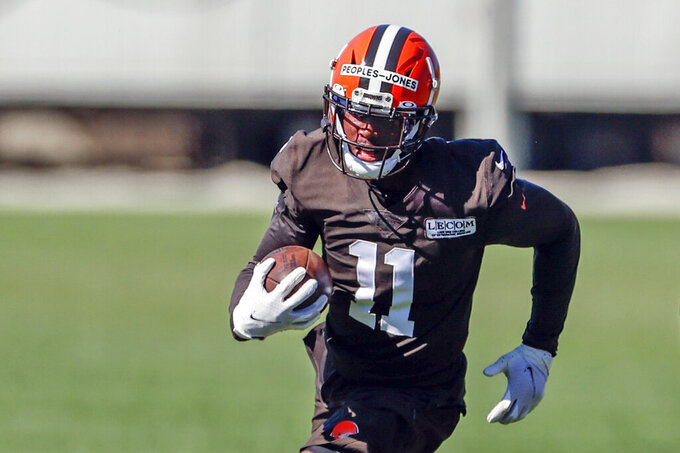 CLEVELAND (AP) — Cleveland Browns return specialist and wide receiver Jojo Natson is done for the season after he suffered a torn knee ligament in Sunday's win over the Washington Football Team.

Natson signed with Cleveland as a free agent in March following two seasons with the Los Angeles Rams. He had been handling punt and kickoff return duties and he had one carry on a sweep against Washington before getting hurt.

Natson's loss could give playing time to rookie Donovan Peoples-Jones, a sixth-round pick from Michigan, who was inactive Sunday. Peoples-Jones returned punts for the Wolverines and the Browns took a look at him during training camp.

Browns coach Kevin Stefanski would not commit to Peoples-Jones, and said he wants to talk with special teams coach Mike Priefer before making any decisions on the return game.

Cleveland plays at Dallas next Sunday.