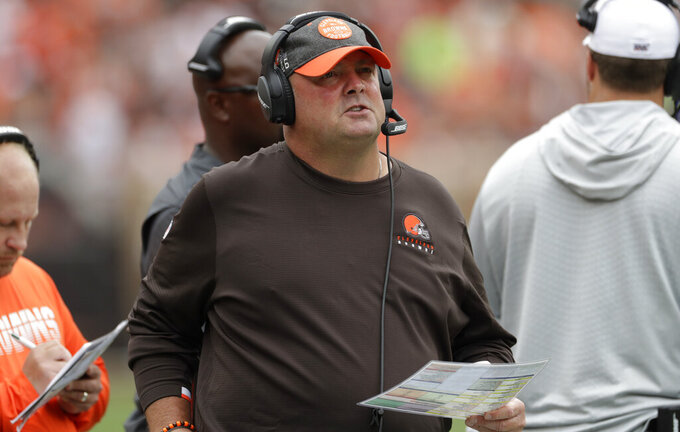 Stanton, who has been listed as No. 2 on Cleveland's depth chart behind Baker Mayfield, injured his knee during practice last week. He first appeared on the injury report Friday.

With Stanton out, Garrett Gilbert will be behind Mayfield when the Browns play the New York Jets on Monday night. Gilbert has appeared in one NFL game since 2014.

The 35-year-old Stanton has made 17 career starts since being selected by the Detroit Lions in 2007. Coach Freddie Kitchens has praised Stanton for his experience and steadiness.

The Browns also signed running back Elijah McGuire to the active roster from their practice squad. McGuire gives the Browns depth with Dontrell Hilliard out with a concussion sustained last week against Tennessee.

McGuire was drafted by the Jets in 2017. He made five starts and played in 24 games, rushing for 591 yards.