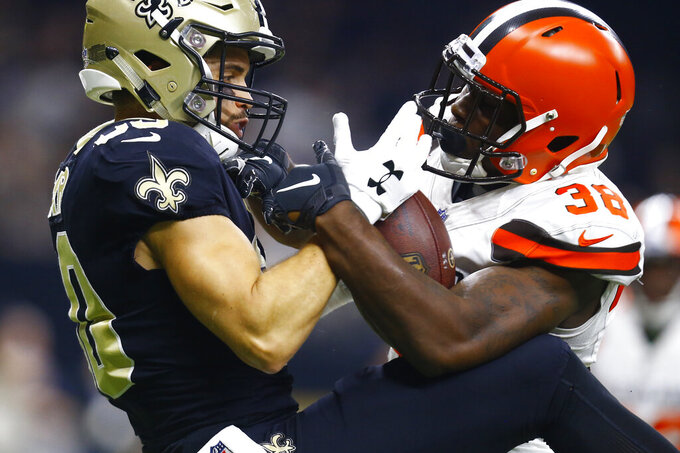 Carrie is the most significant move. The versatile 29-year-old played in all 32 games over the past two seasons after being signed as a free agent. He had 125 tackles and had two interceptions and two sacks. He had two seasons remaining on his contract and was due to make $7.25 million in salary and bonuses in 2020.

Harris caught 15 passes for 149 yards and three touchdowns this past season for the Browns, making six starts. He was scheduled to make $2.49 million in 2020.

Kush began the season starting in the right guard spot that opened when Kevin Zeitler was traded to the Giants. Kush made seven starts but eventually lost his job to Wyatt Teller. Kush had one season remaining on a contract that was scheduled to pay him $2,075,000 in salary and bonuses.

Taylor was a contributor on special teams and in some defensive packages. He was set to make $2.4 million.