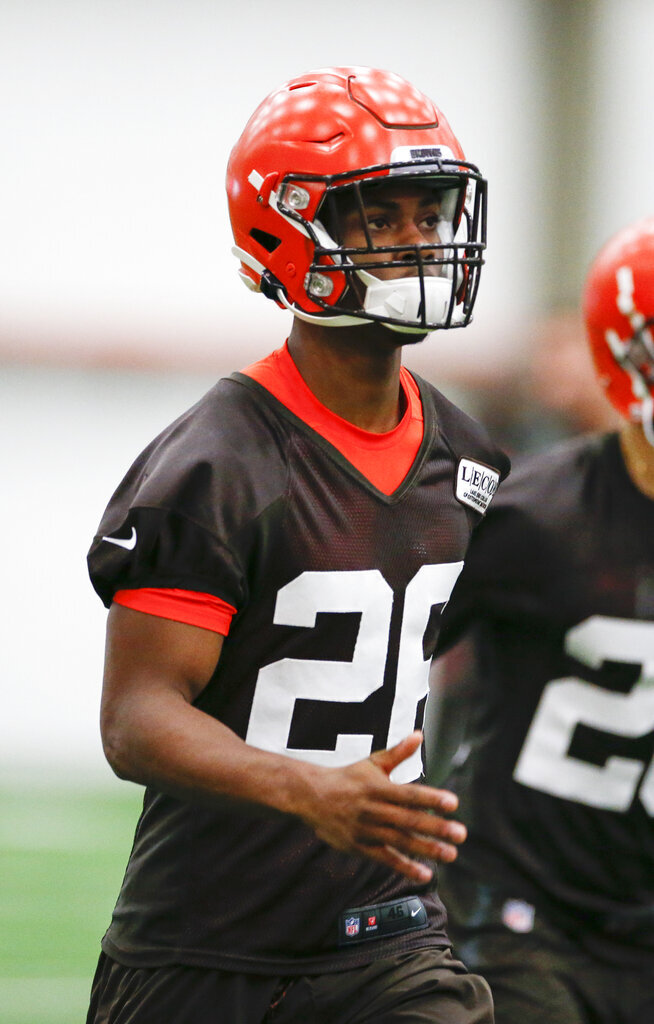 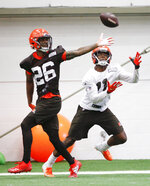 "Just going up against him in practice is going to boost my game 10 times better and show me what I need to work on against great receivers like him," the second-round pick said Thursday.

"He's a different receiver and he's one of the top guys — if not No. 1 — in the league, so it's definitely a booster for me."

Williams continued to work with the first-string defense as Cleveland wrapped up its three-day, mandatory minicamp with a spirited, indoor practice.

Three-time Pro Bowl wideout Beckham only participated in individual drills, but maintained a vocal presence throughout the 75-minute session. He was acquired in a March 13 trade with the Giants and suited up for the first time this week.

"Playing one of the top receivers in the NFL, when you first get out there you don't know what to expect," Williams said of his fellow Louisiana State product.

"But after a while getting to go against him, you kind of know what type of guy he is. He's one of those receivers that you don't really want to face man to man every play."

Williams has already survived his initial challenge — and crisis of confidence — as a professional. It occurred at rookie minicamp, where the 6-foot-2, 185-pounder struggled badly in coverage and questioned himself: "Am I fit for this? It was bad."

Browns coach Freddie Kitchens noted his much improved performance at this minicamp, which included two interceptions of Baker Mayfield, one of them a pick-6 in a two-minute drill.

"Greedy did a good job of pushing through that in the spring and the whole time here," Kitchens said. "That is what the NFL is about. You have to push through. You have to play the next play. You have to have more confidence in yourself than anybody around you has. Greedy is going to be fine."

Cleveland envisions Williams, a second-team All-American, and second-year pro Denzel Ward as its long-term starters at cornerback. The 21-year-old Williams is already leaning on the 22-year-old Ward for advice, much of it about life off the field.

Kitchens has also stressed to him that rookies are expected to keep a low profile until they earn the right to speak up. Williams predicted the Browns would reach the Super Bowl during his post-draft press conference, much to the displeasure of their coaches.

The Shreveport, Louisiana native has taken all of their messages to heart, going as far as muting his notorious trash-talking skills for now.

NOTES: Beckham and disgruntled RB Duke Johnson were held out of 11-on-11 drills, but are healthy. Johnson requested a trade after Cleveland signed ex-Chiefs standout Kareem Hunt. "It's more preventative than anything, everything is OK with them," Kitchens said. "We do not play any games in the spring. Even when they're here and it is mandatory, we're going to make sure that we take care of our players until the games start counting." . Mayfield will marry girlfriend Emily Wilkinson on July 6. "I think he's tough, but who he's going to be going home with is a little tougher," Kitchens quipped. ... Browns owner Jimmy Haslam watched practice by himself, standing behind the uprights in the south end zone.