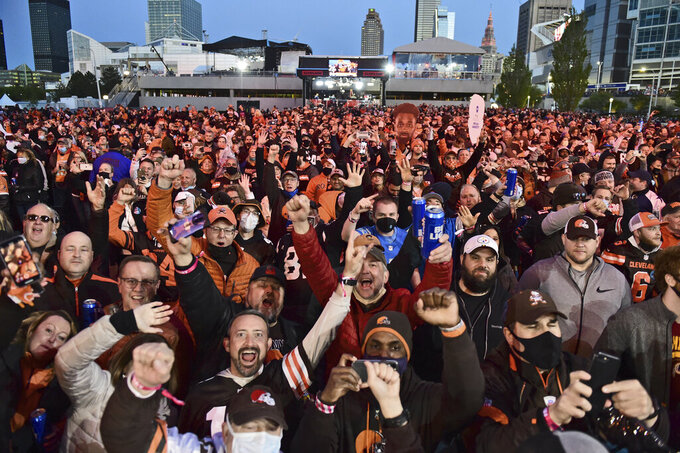 CLEVELAND (AP) — The Cleveland Browns signed three of their eight 2021 draft picks a day before the team was to open rookie minicamp.

They were the last picks by Cleveland, which used five of its selections in the draft to help rebuild a defense that was overhauled this offseason.

The Browns selected Fields, who led the Big 12 in tackles per game last season after transferring from Arizona to West Virginia, in the fifth round.

LeCounte was also taken in the fifth round, and Felton was Cleveland's final pick, in the sixth round.

The players are expected to be on the field Friday in Berea, Ohio.