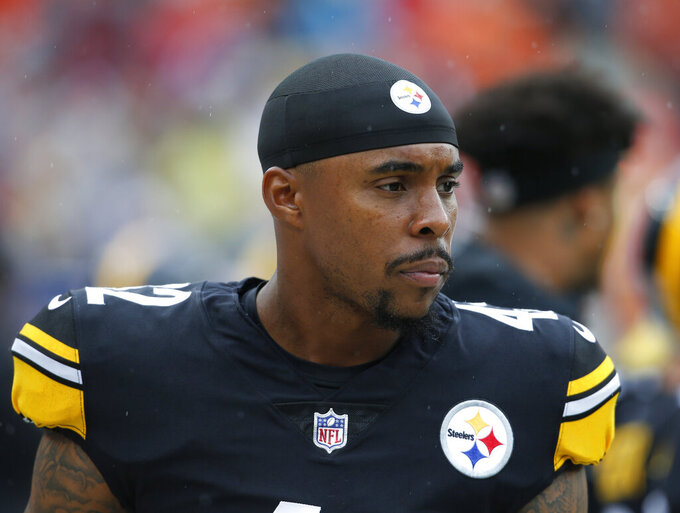 FILE - In this Sept. 9, 2018, file photo, Pittsburgh Steelers defensive back Morgan Burnett stands on the sideline during the first half of an NFL football game against the Cleveland Browns, in Cleveland. The Browns intend to sign former Packers and Steelers safety Morgan Burnett and quarterback Garrett Gilbert, who played in the failed Alliance of American Football, a person familiar with the plans told The Associated Press on Friday, April 5, 2019. Burnett, who was released by Pittsburgh earlier this week, could get a multi-year deal with Cleveland, said the person who spoke on condition of anonymity because the deals are still pending physicals.(AP Photo/Ron Schwane, File) 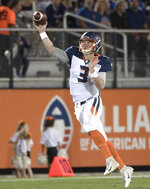 The Browns addressed one of their open starting safety spots on Friday by signing Morgan, who was released earlier this week by the Steelers following a disappointing 2018 season.

Cleveland also signed quarterback Garrett Gilbert, who was out of a job after the American Alliance of Football folded this week.

The 30-year-old Burnett gives the Browns depth and experience at a position that has undergone major changes lately. General manager traded Jabrill Peppers to the New York Giants as part of the deal for star receiver Odell Beckham and released Derrick Kindred on Monday.

The Browns acquired defensive back Eric Murray from Kansas City on Monday in a trade for defensive end Emmanuel Ogbah.

Burnett has made 104 career NFL starts. He played eight seasons with the Green Bay Packers before becoming a free agent and signing a thee-year, $14.5 million deal with the Steelers last year. However, he got hurt during training camp and eventually lost his starting job to rookie Terrell Edmunds, a first-round draft pick.

Burnett asked the Steelers to release him and they did.

Dorsey was Green Bay's scouting director when the Packers drafted Burnett in the third round in 2010. Over his career, Burnett has made nine interceptions, forced eight fumbles and recovered nine.

He's also played in the postseason, and that's where the Browns believe they can go following a 7-8-1 season and numerous roster upgrades.

The 27-year-old Gilbert went to the same high school in Texas as Browns quarterback Baker Mayfield. The Browns are expected to have veteran Drew Stanton back up Mayfield this season, but the 6-foot-4, 230-pound Gilbert could perhaps challenge for the No. 2 spot.

Gilbert has also been with New England, Detroit, Oakland and Carolina. He made his pro debut in the Panthers' season finale last year and completed two passes for 40 yards.

With Orlando in the defunct AAF, Gilbert led the league with 2,152 yards passing and 13 touchdowns.