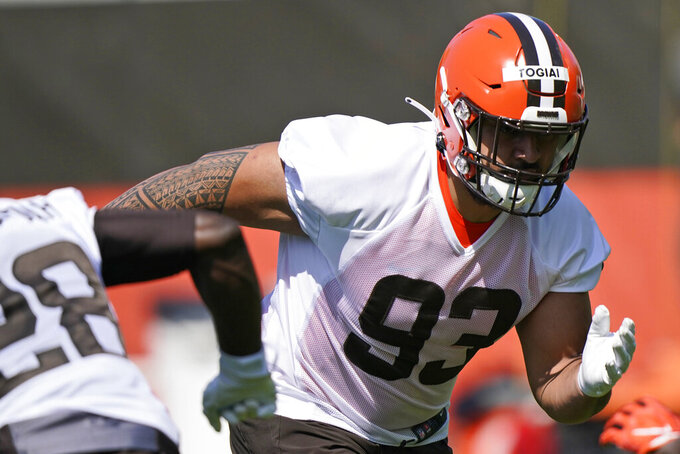 CLEVELAND (AP) — The Browns signed another player from their Class of 2021.

The 6-foot-1, 300-pound Togiai was the No. 132 overall pick. The Browns needed to add interior help after releasing Sheldon Richardson and choosing not to re-sign Larry Ogunjobi. Togiai will join Cleveland's rotation up front.

“We think he is a very good run player,” Browns player personnel director Dan Saganey said on draft weekend. "Obviously, the division is a physical division in general. We think there is upside there as a pass rusher for him, as well. He is a good, powerful, explosive and quick guy to add to the room.

"You can never have enough defensive linemen, and we are excited to get him in the mix and see what he can do and compete with the rest of the crew here.”

A native of Idaho, Togiai started seven games and played in 33 for the Buckeyes. He recorded 49 tackles and three sacks.

Togiai is just the fourth player from Ohio State drafted by the Browns since 1999.