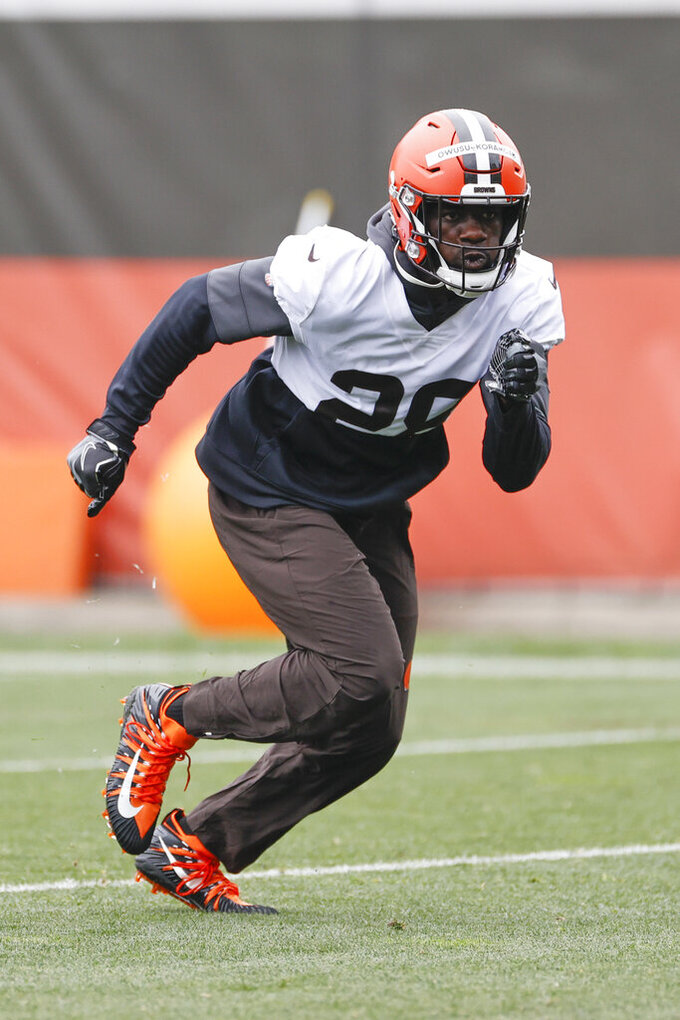 After some NFL teams were scared off by a medical report and the former Notre Dame star's size, the Browns traded up and selected him with the No. 52 overall pick. Owusu-Koramoah had been projected as a first-rounder by most draft experts.

Cleveland plans to use the 6-foot-1, 215-pounder in multiple defensive sets.

“Elite athlete as far as explosiveness, quickness, speed, instincts and all of that stuff, he has it — all of the tools," Walker said following a workout. "Now, it’s about transitioning the game to the NFL level as a linebacker. I’ve struggled with it. We all struggle with it coming in from college and now you are seeing pro-style offense and understanding different route concepts and all of that stuff.

“He is a freak of nature and athletically just trying to piece it all together as far as the knowledge of the game and all of that stuff. He is getting better each day.”

Following the draft, a report surfaced saying Owusu-Koramoah's surprising drop was due to teams being worried about a heart condition detected months earlier. However, he said further testing was done and he was cleared to play.

"It is not something that I am worried about. I am looking forward to getting on the field and going.”