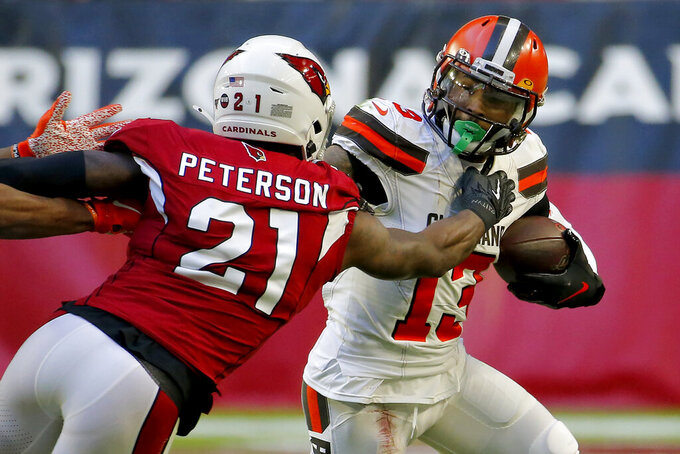 Beckham played most of his first season in Cleveland with a sports hernia. He didn't miss a game, but the three-time Pro Bowler didn't make the same kind of game-breaking plays that made him so dangerous for the New York Giants.

The Browns said Beckham's operation was performed by Dr. Bill Meyers in Philadelphia. The team did not provide a timeline on his return but said Beckham is expected to make a full recovery.

Beckham, who was acquired in March in a blockbuster trade, had 74 catches for 1,035 yards last season. But he scored just four touchdowns, his fewest in a full season.

Last week, Beckham made news off the field for his behavior following LSU's national championship victory over Clemson in New Orleans. He was caught on video swatting a Superdome security officer's buttocks as the Tigers celebrated in their locker room.

New Orleans police issued a misdemeanor simple battery warrant for Beckham, but it was later rescinded after the officer dropped the charge.

Beckham also caused a stir after the game by placing money in the hand of LSU receiver Justin Jefferson. The school contacted the NCAA and Southeastern Conference in case there was any violation.