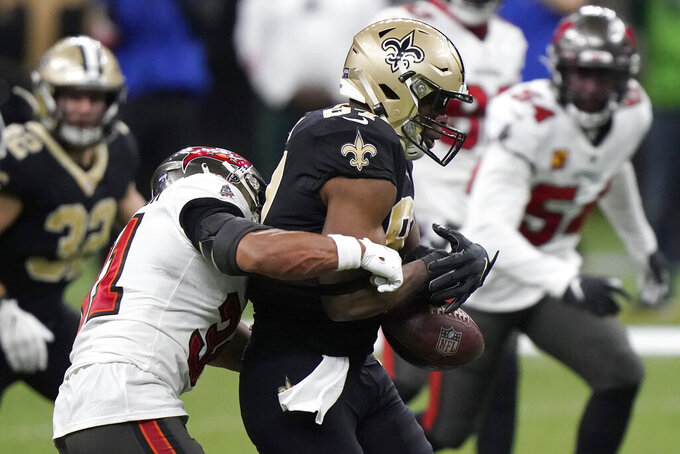 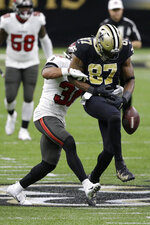 Winfield didn’t practice Friday and had been listed as questionable on that day’s injury report. This will be the first game the rookie second-round pick from Minnesota has missed all season.

While the Bucs (13-5) will be missing one of their starting defensive backs, the Packers (14-3) had better news regarding their secondary.

Green Bay starting cornerback Kevin King is active for Sunday’s game after missing practice Friday with a back injury that had left him questionable.

The Packers had prepared for the possibility King might not be available by promoting cornerbacks Tramon Williams and KeiVarae Russell from the practice squad to the active roster for the NFC championship game.

Green Bay signed the 37-year-old Williams after the Baltimore Ravens released him on Monday. He previously played for the Packers from 2007-14 and 2018-19.

The Bucs had already announced Friday that Brown wouldn’t be available because of a knee injury.

Keke is missing his third straight game because of a concussion.