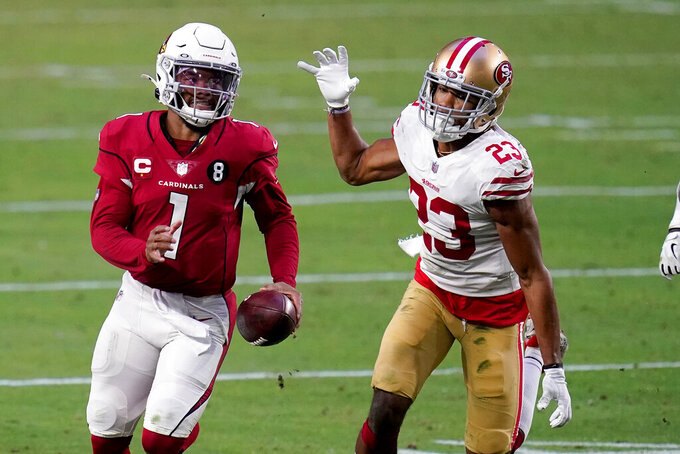 Murray was hit by the 49ers’ Alex Barrett after making a throw as the Cardinals tried to rally in the closing seconds on Saturday. Murray’s fourth-down throw fell incomplete, clinching San Francisco’s 20-12 victory, and he rolled over in pain.

Murray lay on the field as Arizona’s trainers attended to him and limped off the field after a couple of minutes. He appeared to be in considerable pain on the Cardinals’ bench and lingered there before heading off to the locker room.

Murray threw for 247 yards on 31 of 50 passing with no touchdowns and threw an interception in the end zone with about five minutes left.