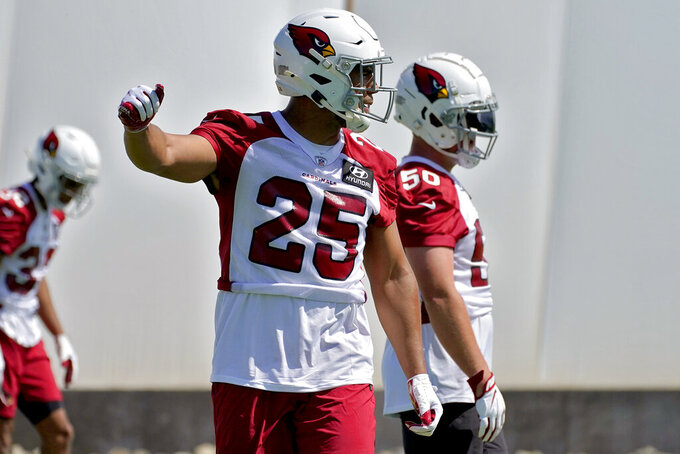 The 6-foot-4, 260-pound linebacker, who was the 16th overall selection out of Tulsa, has a four-year deal with a team option for a fifth. Collins is expected to be an immediate contributor in the middle of the defense alongside second-year linebacker Isaiah Simmons, who was the No. 8 overall pick last year.

Collins was an AP All-American last season at Tulsa and also won the Nagurski Trophy, Lombardi Award and Bednarik Award after having 54 tackles, including 11 1/2 for a loss, four sacks and four interceptions.

The Cardinals have signed all of their draft picks to rookie contracts with the exception of receiver Rondale Moore, who was the team's second-round pick.