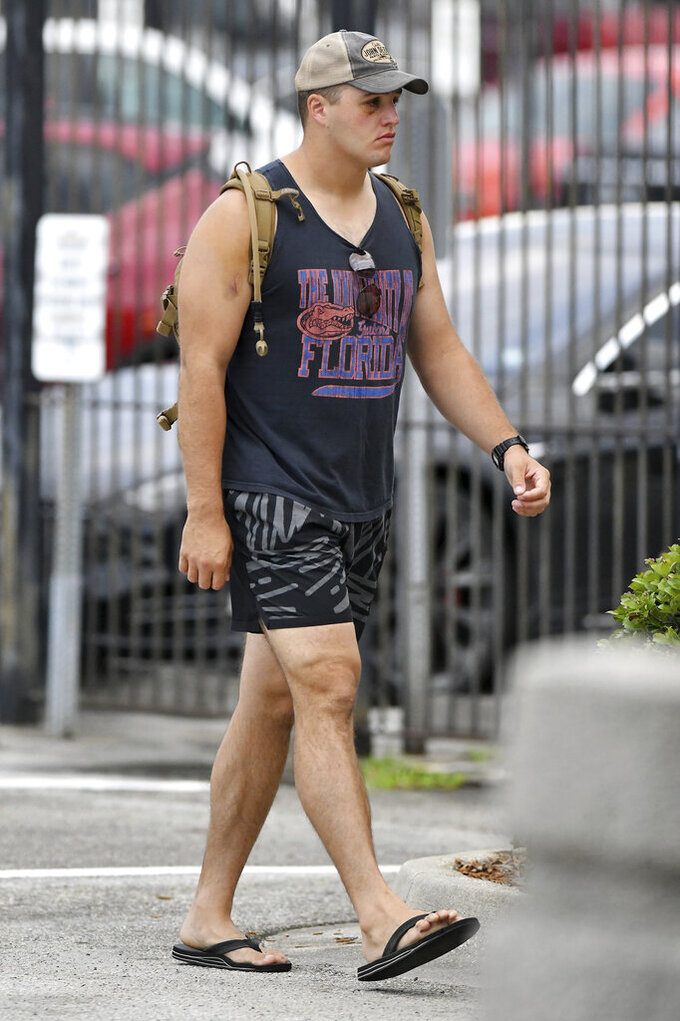 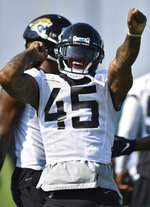 Coach Urban Meyer has as many as eight (depending on the evaluator) of them on his 90-man roster and would have another had Pittsburgh defensive tackle Tyson Alualu not changed his mind after agreeing to a deal with Jacksonville during free agency. Nonetheless, those remaining are trying to turn around careers that have fallen short of outside expectations.re

Here’s a look at the castoffs and disappointments who are trying to land roster spots and/or starting jobs on a rebuilding team in need of playmakers:

Jacksonville signed Austin off the street Friday to help bolster a position that was down six guys for various reasons. The 31-year-old Austin was the eighth overall pick in 2013. He had more than 4,700 all-purpose yards and 24 touchdowns in five seasons with the Rams. Not bad, but not what the team expected from a top-10 pick.

Austin was traded to Dallas in April 2018, spent two seasons with the Cowboys and played four games for Green Bay last year.

Brown is the most accomplished player on this list. The 330-pound run-stuffer was a four-year starter and two-time Super Bowl champion with New England, which selected him 32nd overall in 2015. But the Patriots declined the fifth-year option in his rookie deal, a clear indication of first-round evaluations. He landed in New Orleans, where he spent the last two seasons before getting traded to Jacksonville for a seventh-round pick.

Bryan has been a big bust in Jacksonville, which chose him with the 29th pick in 2018. The defensive lineman from nearby Florida has 71 tackles and 3 ½ sacks in three seasons. He’s yet to get on the field in training camp because he landed on the non-football injury list after being involved in an off-the-field accident Meyer said was “no one’s fault.”

Chaisson was supposed to replace Bryan last season. But the former LSU outside linebacker and 20th pick in 2020 managed just 19 tackles and a sack while playing every game as a rookie. After skipping most of voluntary offseason workouts, Chaisson is still trying to impress coaches. Rookie left tackle Walter Little has made that tougher by mostly dominated their one-on-one matchups.

“Work in progress,” defensive coordinator Joe Cullen said. “He needs to get better, and I expect more from him. … We’re going to keep pushing K’Lavon until we get it out of him. But he has to get better.”

Dorsett looked like he might be a free-agent steal early in camp, but he’s missed several days since because of an injury. His speed is what drew Meyer to the 29th overall pick in 2015. Traded from Indianapolis to New England after two seasons, Dorsett managed just eight touchdowns in three years alongside Tom Brady. He signed with Seattle last year, but he injured his right foot in training camp and had surgery in November.

The ninth overall pick in 2020 looked like he would help Jaguars fans forget about Pro Bowl cornerback Jalen Ramsey after an impressive opener. But the former Florida speedster dealt with injuries and other issues the rest of his rookie season, showing enough signs of undependability that Meyer and general manager Trent Baalke chose Georgia cornerback Tyson Campbell with the first pick in the second round.

There's still hope for Henderson, who missed the first week of camp after testing positive for COVID-19.

Tebow is trying to return to the NFL — as a tight end — after five years in the New York Mets' minor-league organization. He’s been better than expected in camp, and Meyer’s only critique has been that he needs to do a better job catching passes with his hands instead of his body.

“He is just a sponge,” passing game coordinator Brian Schottenheimer said. “He knows there are things he does not know. He asks unbelievable questions, you know, he really does. You see the football mind. You see how he sees the game from the quarterback’s point of view.”

Treadwell has been one of the biggest surprises of camp, a surehanded receiver who looks nothing like the guy run out of Minnesota four years after being drafted 23rd overall in 2016. Treadwell was on the street in June and landed in with the Jags following a minicamp tryout. The former Ole Miss standout moved to the slot for Jacksonville and could be a factor this fall.