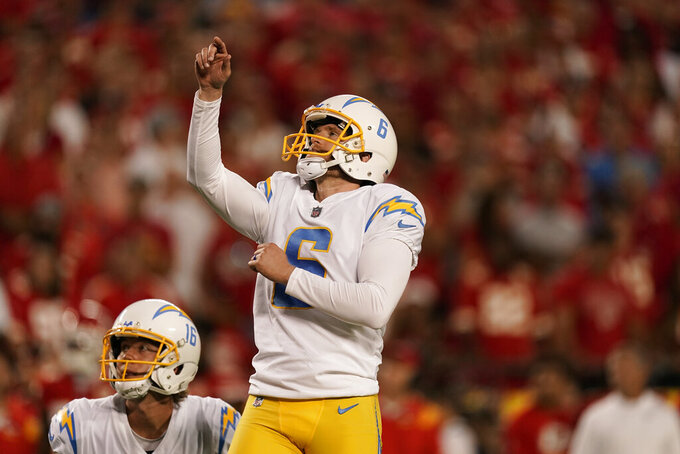 COSTA MESA, Calif. (AP) — Kicker Taylor Bertolet and receiver Michael Bandy have been elevated from the practice squad by the Los Angeles Chargers for Sunday's game against the Cleveland Browns.

Bertolet was signed to the practice squad earlier in the week after Dustin Hopkins suffered a right quadriceps injury. Hopkins is listed as questionable on the injury report. He did some kicking Friday and went through his normal morning routine, but will remain a game-time decision.

The Chargers have used 11 kickers since 2017. Bertolet has spent time with five NFL teams, but most recently kicked for the New Orleans Breakers of the USFL during the spring.

Bandy had two receptions for 49 yards in last week's win at Houston. Keenan Allen will miss his fourth straight game with a hamstring injury.

Coach Brandon Staley said on Friday the team is not considering putting Allen on injured reserve.