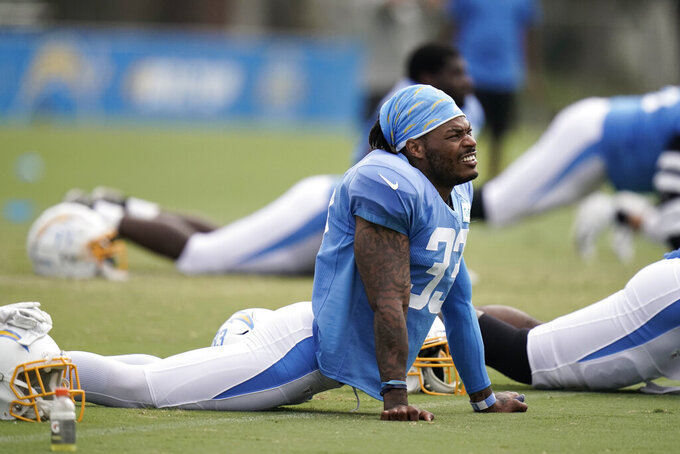 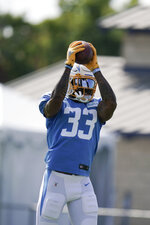 The Los Angeles Chargers safety sustained the injury during Sunday's scrimmage. Coach Anthony Lynn said on Monday that James continues to be evaluated and that a timetable for his return has not been determined.

“We don’t know the final results, so I will leave it at that,” Lynn said.

The injury could be a huge blow to the Chargers and their defense as they look to bounce back from last year's 5-11 season. It would also be the second time in five years that James has had a knee injury. He tore the meniscus in his left knee in 2016 at Florida State during the team's second game and missed the rest of the year.

James was selected by the Chargers 17th overall in 2018 and made a quick impact for a team that finished 12-4 and advanced to the AFC divisional round. He was an All-Pro selection after he led the team in tackles with 105 along with four interceptions, 3 1/2 sacks and 13 passes defensed.

James was hoping to follow that up with another breakout season, but he had a stress fracture to the fifth metatarsal of his right foot during training camp last year and missed the first 11 games. He broke the same bone during the spring of 2016 at Florida State.

Los Angeles could also look at signing Earl Thomas, who has familiarity with the Chargers' scheme after playing for defensive coordinator Gus Bradley in Seattle. But Lynn did not appear to be receptive to that.

“Since you guys are telling me how stacked we are in the secondary, why the hell would I look anywhere else?” he said. “I like the depth in the secondary and we can mix different combinations.”

If James is placed on injured reserve with a designation to return, meaning he could not be activated until after Week 8. Los Angeles is scheduled to host Las Vegas in Week 9 before having its bye the following week.