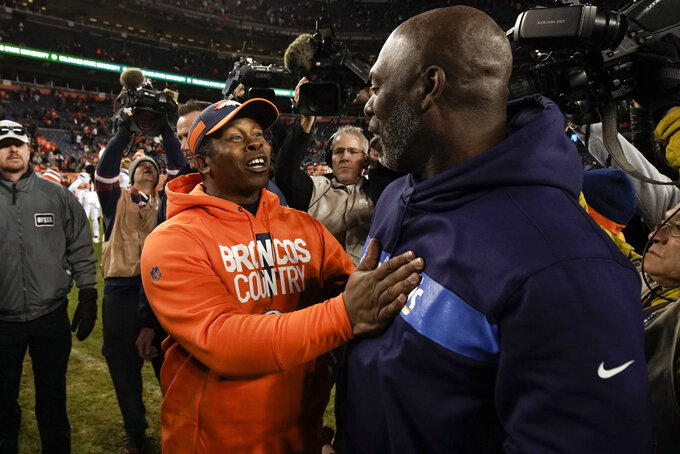 COSTA MESA, Calif. (AP) — Most rookies hit the figurative wall late in the season as the rigors of a full first year in the NFL catch up quickly. Derwin James, though, still feels like he did at midseason.

James will need to be at his best as the Los Angeles Chargers meet the Baltimore Ravens in an AFC wild-card playoff game. Sunday's matchup comes two weeks after the Ravens posted a 22-10 victory.

"I don't feel like it affects me because in high school and college I was active the whole year doing different sports, so I feel like my body is acclimated to it," James said. "There have been some games where I have felt sore, but off the field I got the right treatment."

James, who was the 17th overall pick in last April's NFL draft, has made an immediate impact across the league. He led the team in tackles (105), becoming the first rookie in franchise history to have 100 or more stops. He also joined the Rams' Corey Littleton as the only players in the league with 100-plus tackles, three or more sacks (3.5) and three or more interceptions.

According to Pro Football Focus, James graded out as the fifth-best safety during the regular season, including second in pass coverage. What James has done to date has even surprised defensive coordinator Gus Bradley, who had his share of talented young defensive backs when he was at Seattle.

"What he's brought to the table for us just as a skillset and the flexibility it offers us, I mean, I can't say enough about it," Bradley said. "People talked about his energy, his fear and his love for the game, but I'd be lying if I said I thought it was to this level."

Bradley has deployed James in a variety of roles depending on the opponent. There have been some weeks where he has played mostly in the box to support the run defense and others where his coverage skills have been used to play the middle third of the field. One consistent thing week in and week out has been James being used as an extra pass rusher.

"I knew what type of player I was. I knew what I wanted to do when I came here," James said. "I feel like I've done those things here."

James' run-stopping and pass-rushing skills will be needed against the Ravens, who come into the game ranked second in the league in rushing. Since Lamar Jackson became the starting quarterback, Baltimore is averaging 229.6 yards on the ground over the final seven games.

James is the 13th-best safety against the run, according to Pro Football Focus, and eighth in pass rushing.

"When he blitzes, he gets to the quarterback," Ravens coach John Harbaugh said. "He also can disrupt the run game. He's a dominant player."

With both teams likely not changing their strategy from two weeks ago, James likes the fact the Ravens are focused on the run.

"That should put a chip on your shoulder there alone," he said. "They're going to run it right at us. We know that. We gotta stop 'em."

This will be the fourth time that James has faced Jackson. The first two times were in college when James was at Florida State and Jackson was at Louisville. James said the biggest difference now is the players around Jackson.

"I feel like he has better blockers around him, which allows him to be more patient in the pocket and find receivers. He's doing good," James said. "This is Round Two, though, this year. This is the one the really counts."