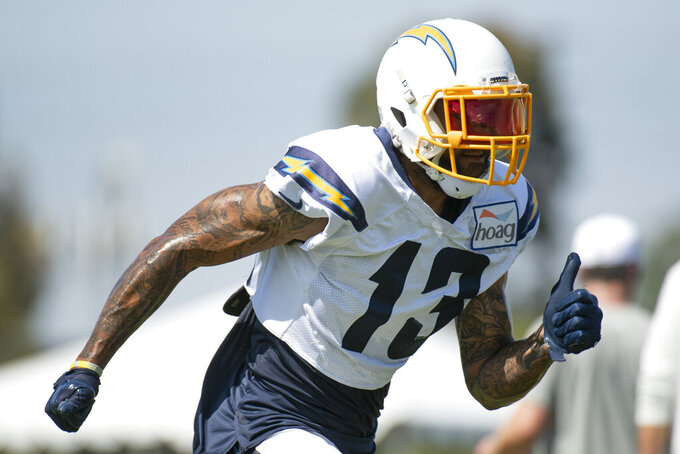 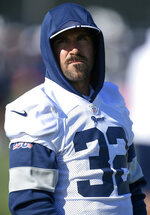 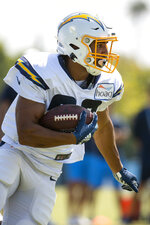 COSTA MESA, Calif. (AP) — The Chargers and Rams took the "Fight for L.A." slogan literally during a joint practice two years ago. Both coaches were thankful there wasn't a sequel on Thursday.

"That was a good professional practice," Lynn said after the two-hour session at the Jack Hammett Sports Complex, which is the Chargers' training camp base. "It was clean and there were a lot of plays back and forth."

The teams were involved in three fights during a practice at UC Irvine in 2017 with the most notable being Chargers wide receiver Keenan Allen taking down Rams cornerback Nickell Robey-Coleman. Allen's highlight this time was making a diving catch near the Rams' sideline on a deep ball from Philip Rivers.

Rams safety Eric Weddle, who played for the Chargers from 2007-15, said going against his former club was good, especially a week into training camp.

"They gave us different looks and Philip is one of the best quarterbacks in the league," Weddle said. "There weren't any cheap shots or anything you have to worry about. We got great work out of it."

The practice was also a good early gage to see how the Chargers are coping without running back Melvin Gordon and offensive left tackle Russell Okung. Gordon is holding out for a contract extension while Okung is out indefinitely due to blood clots.

Austin Ekeler and Justin Jackson got most of the first team snaps at running back. Both showed some flashes with a couple nice gains after finding openings.

Ekeler, who is going into this third season, said he is getting more reps with the first team but getting the same amount of overall plays during practice.

"It's still the same plays and reads. It is six running backs in camp, so we have a good rotation," he said. "Even if he was here, we have same mentality. We still have to move forward."

Ekeler emerged last season as a good complementary back to Gordon due to his speed and ability to catch it out of the backfield. Jackson did not see much action until late in the season, when Gordon missed three games with a knee injury, but performed well when needed. He got the start in the Week 15 win over Kansas City, gaining 58 yards on 16 carries and scoring a touchdown.

"We're all trying to expand our game," Jackson said. "Melvin has been the bell cow and gets a lot of the inside runs. For all of us to get those runs too and more experience, that's important."

Lynn said he felt like the offensive line held its own against the Rams, especially Trent Scott, who has been seeing more time at left tackle due to Okung's injury. Scott and Sam Tevi would be in line to be the two tackles if Okung would not be ready for the Sept. 6 opener against Indianapolis.

"There are some things that we can do once we get into the games to help the young guys that we're not doing right now," Lynn said. "Right now, we want to see them struggle a little bit and get better."

Rams coach Sean McVay said the workouts have come at a perfect time for his team after four sessions of installing their system. They will hold a brief practice on Friday before the two teams meet again at the Rams field at UC Irvine on Saturday.

Ekeler is hoping that cooler heads will continue to prevail.

"I remember coming in two years ago the intensity level was pretty high but today it was pretty chill and just like a normal practice," he said. "It is great because in training camp there are going to be mistakes. We still can get excited and not have to fight each other."