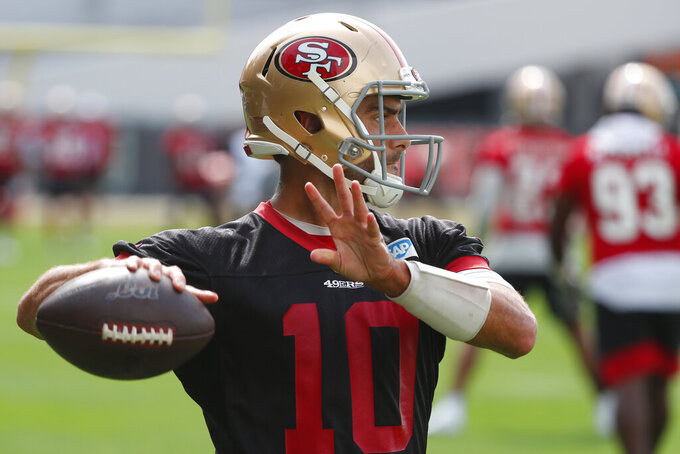 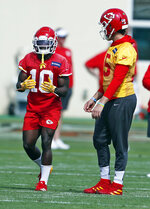 DAVIE, Fla. (AP) — The Chiefs and 49ers went through their final practices Friday in preparation for the Super Bowl, and both coaches said their teams have everyone healthy and available for when they step on the field at Hard Rock Stadium.

The Chiefs have listed four players on the injury report all week in defensive tackle Chris Jones, center Austin Reiter and tight ends Travis Kelce and Deon Yelder. But all of their injuries appear to be minimal, and Chiefs coach Andy Reid said that Kelce in particular had a solid week of practice and was “moving around pretty good” on his sore knee.

Their practice at the Miami Dolphins' training facility lasted about 1 hour, 15 minutes, and began with special teams drills before concluding with red zone work on offense and defense. Players did not wear pads as temperatures hit 80 degrees.

“I thought they had good energy. Flew around,” Reid said. “Kind of polished it up. All-in-all another positive day.”

Chiefs chairman Clark Hunt and his family, which has owned the franchise since its inception in the days of the old AFL, watched the workout from the sideline. Hunt spoke briefly to the team afterward.

The Chiefs will have a mock game walk-through on Saturday, which gives them one last chance to get substitutions and other details in order. There is also the team picture to take and a few other odds and ends to finish up.

Just to the south in Coral Gables, the 49ers went through a 70-minute workout at the University of Miami practice facility and everyone participated. That included running back Tevin Coleman, who had been limited in practice the previous two days because of a shoulder injury.

The 49ers, who also will hold a final walk-through Saturday, have kept things light in the days before the Super Bowl. Their bus actually arrived at the facility about 45 minutes early Friday, so the players tricked their coaches by swapping jerseys — defensive end Nick Bosa and safety Jimmie Ward switched, and Coleman wore fullback Kyle Juszczyk’s No. 44.

“They surprised us with it,” Shanahan said. “They are loose and feeling good, and they had fun with it."

At the conclusion of practice, Shanahan asked left tackle Joe Staley — the team's longest-tenured player — to break down the huddle. Shanahan's 10-year-old son, Carter, also visited practice and watched as they wrapped things up.

“It was neat to bring him here,” said Shanahan, whose own father, Mike, led the Broncos to back-to-back Super Bowl wins. “I remember when I used to do it. He doesn’t realize how cool it is, but he’ll realize it later, just like I did.”