Chiefs could have defensive help back for game vs Ravens 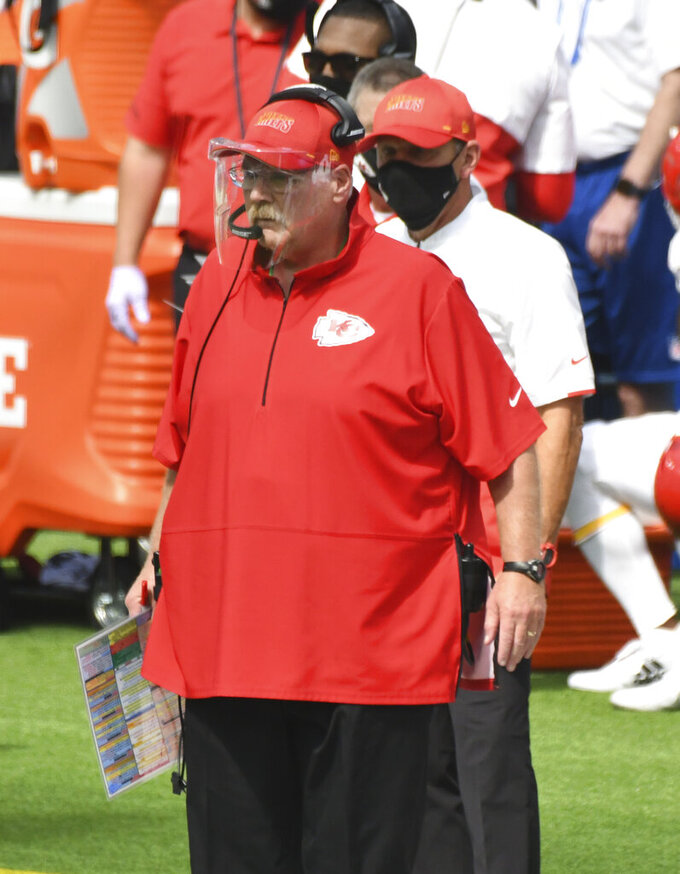 KANSAS CITY, Mo. (AP) — The Kansas City Chiefs could have some help stopping Ravens quarterback Lamar Jackson back on the field when they head to Baltimore for a Monday night showdown pitting two teams with Super Bowl aspirations.

Chiefs coach Andy Reid said Thursday top cornerback Charvarius Ward, who missed last week's win over the Chargers with a fractured hand, would return to practice in some capacity. The Chiefs are also due to get back Mike Pennel, their run-stuffing defensive tackle, who had to serve a two-game suspension to start the season.

The secondary has been a constant source of concern going back to the offseason, when the Chiefs learned that Bashaud Breeland would serve a four-game suspension for a variety of off-the-field issues. That left them with Ward and a bunch of untested players, including Rashad Fenton and rookies L'Jarius Sneed and Bopete Keyes.

Ward's injury during an opening win over the Houston Texans left them even thinner in the defensive backfield.

“He's going to get out there and move around and we'll see how he does,” Reid said. “He'll be out there moving a bit.”

Another cornerback, Antonio Hamilton, also is expected to practice after tweaking his hamstring last weekend.

The practice squad rules for this coronavius-impacted season allow teams to protect two practice squad players each week from being poached by an opposing team. So it spoke volumes about the level of concern the Chiefs have at cornerback on Tuesday when they used one of those on Chris Lammons. (The other was used on running back DeAndre Washington.)

Fenton has been the first player in line for first-team reps this season, but part of that has been due to the fact that he has some experience — albeit just 12 games last year. But it has been Sneed, a fourth-round pick out of Louisiana Tech, who has been a revelation for a team that also had to replace departed free agents Morris Claiborne and Kendall Fuller.

“We need to help them here and there, make sure the quarterback isn’t sitting back there with the ball too long, which is where our D-Line comes into play,” Chiefs defensive coordinator Steve Spagnuolo said. “I’ve got to call certain things to help those guys out. All of that in mind, hopefully we can wrap it up into a good package.”

Defensive end Alex Okafor remained out of practice with a hamstring injury Thursday, though Reid acknowledged that even he is making progress. On the other side of the ball, wide receiver Sammy Watkins remains in the concussion protocol, but Reid said the issue has more to do with his neck than anything else.

Wide receiver is among their deepest positions with Tyreek Hill starting on one side and Demarcus Robinson, Mecole Hardman, Byron Pringle and Marcus Kemp capable of providing some help for Patrick Mahomes.

“Obviously having the consistency of having these guys the last few years, I've worked with them a lot,” Mahomes said, “and good thing Coach Reid and Greg Lewis does, they mix those guys in. Even if it's not their week where they get these play calls, they're mixing guys in. That's a good thing about having depth at that position. We hope to have Sammy back, everything is trending the right way, but it's nice to have guys in there that can replace what he give us.”