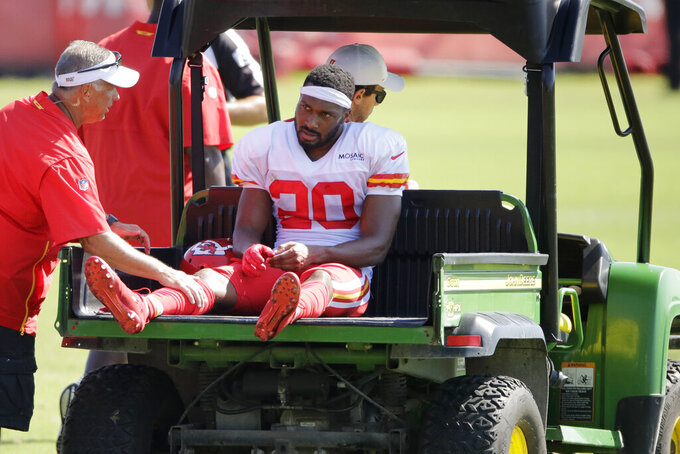 ST. JOSEPH, Mo. (AP) — Kansas City Chiefs cornerback Keith Reaser, who emerged as one of the stars of the brief Alliance of American Football, hurt his Achilles tendon during practice Monday and could miss the season.

Reaser was fourth on the depth chart behind Kendall Fuller, Bashaud Breeland and Charvarius Ward, but the cousin of late Redskins defensive back Sean Taylor was likely to make the team.

In other injury news from the Chiefs' first padded practice, right tackle Mitchell Schwartz left early when his back locked up and wide receiver Gehrig Dieter departed practice with back spasms.

Running back Damien Williams and safety Jordan Lucas remained sidelined by hamstring injuries, while Chiefs coach Andy Reid said Breeland could return soon after having stitches for a lacerated thumb.

The Chiefs practice again Tuesday and Wednesday before getting their first day off Thursday.