Clowney chose Titans for chance to reunite with Vrabel 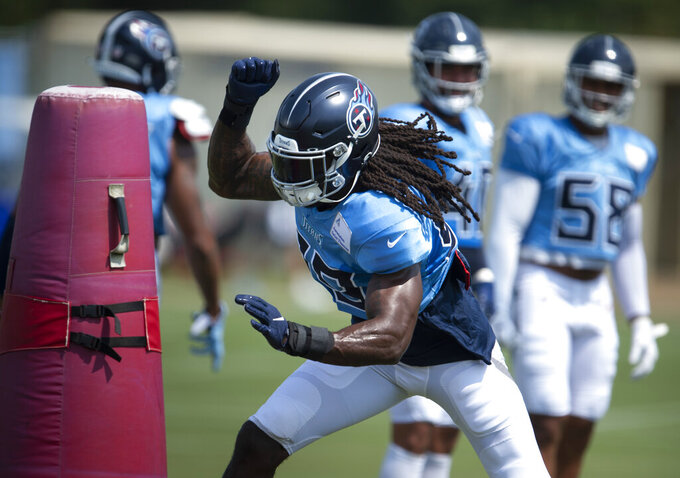 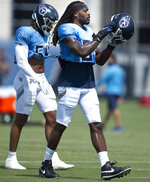 NASHVILLE, Tenn. (AP) — Jadeveon Clowney says his choice to join the Tennessee Titans came down to the chance to reunite with coach Mike Vrabel.

“I just was trying to figure out what scheme and what I wanted to be a part of, and I knew when I was with Vrabel in Houston I was All Pro, second-team All Pro and three Pro Bowls with him,” Clowney said Thursday. “So I was saying in my head I think I can do that with him in that system, and the system worked well.”

The defensive end became a free agent in March. He wanted a big contract in terms of both money and years. He wound up agreeing to a one-year deal with the Titans last weekend after teams like Seattle wanted him back while the Saints, Browns and others also were interested in him.

Clowney can earn up to $15 million this season if he meets some of the incentives in his contract. He made it clear he's seen enough of the Titans that he can envision a longer tenure than just one season in Tennessee.

“Hopefully they see me as a piece on their defense in the future,” Clowney said.

The biggest draw for Clowney was Vrabel, a man the outside linebacker called probably the smartest coach he's ever been around. He trusts Vrabel to put players in position to make plays, having seen it up close in Houston.

“When I got here, he started moving me around already," Clowney said. “He just put me in position to make plays. He believes I'm a playmaker, and he believes in my ability to make the plays. He just keeps lining me up all over the place, and I keep executing the calls and making plays for him.”

Vrabel coached linebackers in Houston between 2014 and 2016 during Clowney’s first three seasons in the NFL after being drafted No. 1 overall in 2014. He was defensive coordinator during Clowney’s best season, 2017.

Vrabel didn't share when asked Thursday how the Titans lured Clowney to join a team that has not won the AFC South title since 2008 despite coming off its first AFC championship game appearance in 17 years.

“Not a whole lot of sales pitch," Vrabel said. "We’re just looking for guys who want to be here.”

He ranks fourth for most tackles for loss over the past four seasons, trailing only Donald (77), Cameron Jordan and Chandler Jones (both with 67).

Clowney's injury history has been the biggest knock — and likeliest reason — on why he didn't get the big offer he wanted this year. He has played a full 16-game schedule only once in six seasons, in 2017. The pass rusher had a career-best 9 1/2 sacks that season, the second of his three Pro Bowl seasons, and he also had 21 quarterback hits and 21 tackles for loss.

The linebacker had surgery after Seattle's season ended in the playoffs, and Clowney said he was back to work four days after having a sports hernia repaired. He worked with his trainer on his hips and being able to bend better coming off the edge. He also worked on his pass rush moves this offseason.

“I just got to stay healthy like always,” Clowney said. “I believe that’s everybody's thing in the NFL — staying healthy and when you feeling good, you play well. So just staying healthy and taking what I learned off the field and putting it on the field, it's going to come in handy.”

Clowney played 46 snaps in Seattle's 21-20 win over Cincinnati to open last season after being traded by Houston just before the season began. He plans on being on the field Monday night in Denver.

“Of course I’m going to be ready,” Clowney said. “I got to be. That’s what I signed up for. I’m just looking forward to getting back into playing.”

NOTES: The Titans issued their first injury report Thursday. OLB Vic Beasley Jr., who spent the preseason on the non-football injury list, was limited by an injured knee in the first indication of what kept him from passing his physical until Sept. 5. ... S Kenny Vaccaro did not practice, but wasn't related to injury. WR Corey Davis and RB Darrynton Evans both were limited by hamstring injuries. OLB Derick Roberson (knee) and OL Jamil Douglas (hand) did not practice.