Column: Jags might be worst franchise in all of pro sports 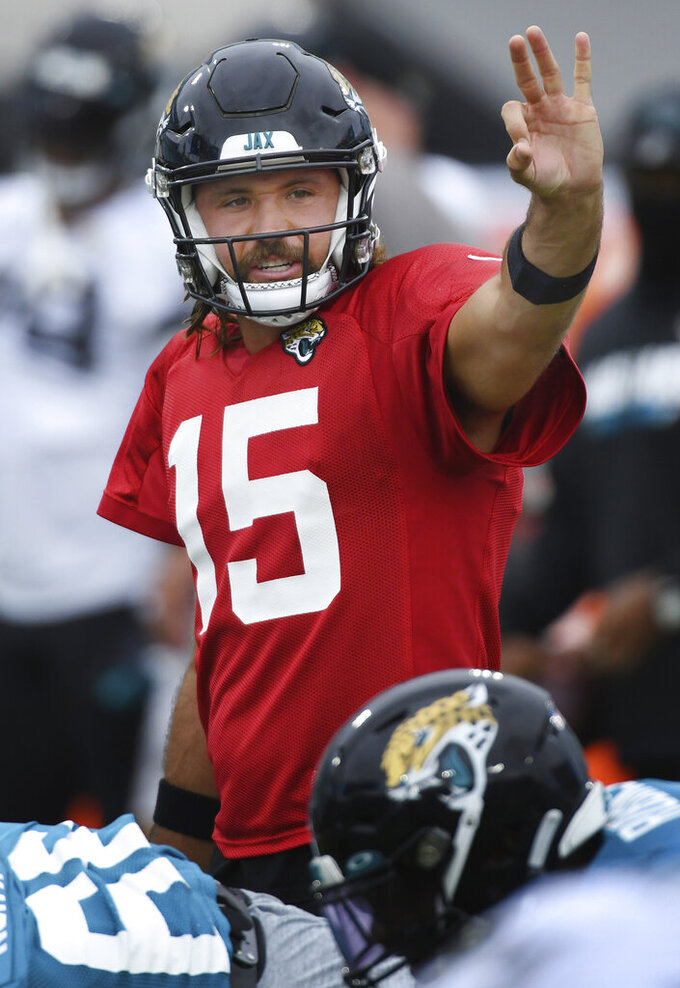 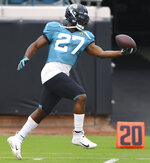 You’ve got to hand it to the Jacksonville Jaguars.

Just when you think they can't go any lower, the Jags somehow manage to find a whole new level of teal-colored ineptitude.

They really could be the worst franchise in all of professional sports.

Since there is perpetual speculation that the Jaguars might be in search of a new home, we'd like to offer a word of warning to San Diego, or Oakland, or St. Louis, or London, or any other city that might be pondering whether to dole out hundreds of millions in tax dollars to lure the NFL to town.

While we can’t deny this is legally a pro football franchise, that’s more of a technicality than an actuality.

The latest reminder of Jacksonville’s bumbling ways came Monday, when the team cut ties with the guy who not so long ago was billed as the centerpiece of their offense.

Leonard Fournette was the No. 4 selection in the entire NFL draft in 2017. With this season less than two weeks away, the Jaguars placed the running back on waivers after coming to the grim realization that no one was even willing to give up late-round pick for another relic in their hall of infamy.

“We couldn’t get anything, a fifth, a sixth, anything,” coach Doug Marrone said bluntly.

If this was just a one-off, we might be willing to cut the Jaguars a break.

Heck, everyone can make a mistake on draft day.

But the selection of Fournette — ahead of Super Bowl winner Patrick Mahomes and Deshaun Watson, it should be noted — merely solidified what is certainly the worst eight-year squandering of top 10 picks in league history.

Each spring from 2010 through 2017, the Jaguars turned up at the draft with a prime selection near the top of the board. Never lower than 10th. Most years in the top five.

And here’s the dishonor roll they came away with.

Four of those players are already out of the league or not currently employed by anyone. The most accomplished of the group is Ramsey, who became so disgruntled in Jacksonville that he apparently faked a back injury to force a trade to the Los Angeles Rams.

Only two top-five picks in the last five years are not with their original teams.

The best assessment of the state of the franchise was offered up by former Jaguars cornerback A.J. Bouye, who was mercifully dealt to the Denver Broncos before this year’s draft.

“I just never was a part of something like that,” Bouye said during an interview with SiriusXM NFL Radio. “It was so many things. From fighting in the locker room and disagreements to people wanting to be gone, I’ve just never seen that before.”

It would be easy to blame all this on Tom Coughlin. The team’s original coach when Jacksonville entered the league in the mid-1990s, he returned to lead the franchise from the front office in 2017, displaying the sort of nuance and feel for today’s athletes that one would expect of a guy who hasn’t bothered to update his calendar since the Eisenhower presidency.

Even though the Jags somehow pulled off a fluky run to the AFC championship game — and were one stop away from beating Tom Brady and the New England Patriots to reach the Super Bowl for the first time — Coughlin’s three-year tenure was a thorough embarrassment.

With the team already reeling from several questionable roster moves and a locker room rebellion, Coughlin was fired late last season after an arbitrator overturned millions on fines imposed by the tyrannical leader for things like failing to take part in workouts that were actually voluntary or being counted as late to meetings when one didn't turn up 5 minutes early.

The players union actually issued an unprecedented warning to any of its members who might be considering an offer from the Jaguars, pointing out that more than a quarter of all grievances in the previous two years had been filed against a single team.

While Coughlin was sent packing, the Jaguars held on to Marrone and general manager Dave Caldwell for no apparent reason.

Which brings us to the real issue in Jacksonville.

The billionaire has so many other pursuits — from the newly promoted Fulham soccer team in England's Premier League to a fledgling pro wrestling circuit — that the Jaguars seem almost like an afterthought.

Which might be why Jacksonville waited so long to dump previous coach Gus Bradley, who somehow managed to keep his job for nearly four years despite posting a dismal record of 14-48. Or why Khan signed off on a $54 million extension for Bortles, only to cut him the next year. Or why the Jaguars compounded that miscalculation by giving Nick Foles more than $50 million in guaranteed money, only to trade him away after a single, inglorious season that produced not a single win in four starts.

The team that could've had Mahomes or Watson heads into the 2020 season with sixth-round pick Gardner Minshew II as its starting QB.

While the Jaguars floundered, Khan jumped into the ring as the backer of All Elite Wrestling, which is taking on the more established WWE by signing up familiar names such as former world champion Chris Jericho.

It's not a good sign that Jericho is probably better known than anybody on the Jaguars, who now appear to be in full tanking mode with an eye toward landing the No. 1 pick in next year's draft.

Of course, this being the Jaguars, they'll probably find a way to win just enough games to mess up that plan, too.

Paul Newberry is a sports columnist for The Associated Press. Write to him at pnewberry(at)ap.org or at www.twitter.com/pnewberry1963. His work can be found at https://apnews.com/search/paulnewberry